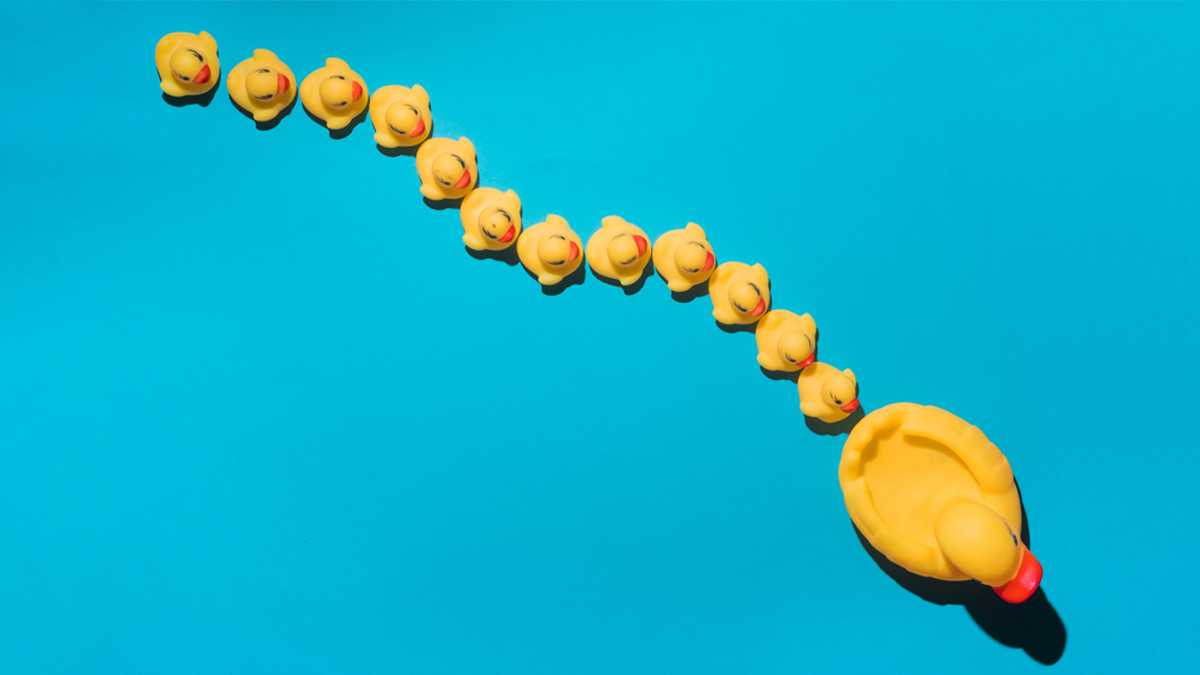 Julie, an organic chemist, was doing drug research at a lab. Her boss, Gordon, was a well-regarded scientist but also very temperamental. One day she walked into Gordon’s office to ask for his feedback on the draft of a research paper they were co-authoring. The paper represented months of arduous research. Gordon told her that it was the “worst piece of rubbish” he’d ever seen.

Julie replied, “Gordon, I’m not a bit surprised that you thought the paper was rubbish. To be honest, I had the exact same feeling when I was writing it. I felt like I was rambling on and on. I’m always amazed when I read your papers because they’re so incredibly clear and lucid. That’s actually one of the reasons I wanted to work with you and why I was so excited when you offered me a position last fall. The results of our research could be extremely important, and I know that if the paper were well-written, it might make a tremendous impact. The paper may be beyond repair, but I’m wondering if you might have any suggestions about how I could make it better. I want to learn as much from you as I possibly can.”

Gordon’s mood seemed to instantly improve. He looked the paper over, pointing out problems to be addressed and offering ideas. Julie went on to publish the paper in a top journal and received a major award for it. (This is a retelling of a true story from the writings of the preeminent psychotherapist Dr. David Burns.)

In this interaction between Julie and her boss, who was leading and who was following?

We occasionally witness remarkable acts of leadership from people like Julie who aren’t formally trained in leadership. And in fact, many iconic leaders have apparently had even less such training than her: Abraham Lincoln received only one year of schooling, Mother Teresa and Eleanor Roosevelt did not attend college, and Nelson Mandela and Mahatma Gandhi were poor students by their own confessions. So how do ordinary people ascend to extraordinary leadership?

No question could be more central to organizations today. The wide-ranging disruptions that are upending business-as-usual make it impossible for a few leaders at the top to take on the full burden of envisioning the future and advancing change. A Gartner survey of more than 6,500 employees and over 100 CHROs around the globe found that “the best organizations rely on their workforce, not executives, to lead change.”

Experts have traditionally organized the discipline of leadership into behaviors like having difficult conversations, building trust, giving feedback, coaching, inspiring, influencing, and changing others’ behavior. Aspiring leaders are invited to master each behavior separately. This can prove challenging, as each behavior comes with its own framework and checklist, making it hard for learners to master and execute all they have been prescribed to do. But in leadership workshops we’ve delivered for clients at Mentora Institute, an even more fundamental problem with this behavioral model has surfaced.

Let’s go back to the way Julie interacted with Gordon. In responding to his remarks, was Julie having a difficult conversation with him? Building trust with him? Giving him feedback? Coaching him? Inspiring him? Influencing him? Changing his behavior?

These behaviors, it seems, aren’t separable. With that in mind, could we improve the architecture of leadership in a way that also makes it easier to learn?

Over the last 10 years, our research team at Mentora has compiled and analyzed 1,000+ exemplary leadership moments — conversations, meetings, conflicts, negotiations, and speeches that individuals have had with their colleagues, partners, opponents, audiences, and even friends and family, where they achieved extraordinary impact. On the surface, we observed numerous differences in the situations these individuals were thrust into, and how they responded. But when we dug deeper, we uncovered three common themes.

One, they bring the same intention to these moments: How can I bring out the best in myself and the best in others in the pursuit of our common positive purpose?

Two, to achieve this intention, they seek to activate one or more of five energies in themselves and others:

Every action starts as an inner action — directing your intentions, feelings and thoughts to activate the right energy within. You can then engage in the outer action of using the right facial expression, tone, and words in your dealings with others.

If Julie had chosen to appreciate Gordon’s writing on the outside while feeling angry with him on the inside, Gordon may have noticed that she was faking it — or at the minimum, she would have felt inauthentic. The inner action should precede the outer. In our experience at Mentora, leadership training that focuses solely on training people to say or do the right thing often leaves learners feeling inauthentic.

Ultimately, actions are the building blocks of behaviors. And countless leadership behaviors can be built from a small set of actions. This is how nature works: dazzling variety on the outside, a few building blocks on the inside. Countless liquids, solids, and gases are built from only 118 or so elements; countless books and words are written using only 26 letters of the English alphabet; and countless melodies are composed from just twelve notes in the Western musical scale.

This approach imposes one demand on us: the need to be humble, to recognize that regardless of what heights you have scaled in leadership, the next step in your advancement may lie in practicing a few simple actions that you don’t presently use.

In our work with  clients, we have transitioned to using the Energy/Action approach because it yields three benefits.

The science of learning shows that mastery in a discipline is attained only by breaking it down into simple elements and then learning and practicing these, first individually and later in combinations. Most actions take five to 10 seconds to execute, so they are much more learnable than a full-fledged behavior. A few weeks after going through Energy/Action training, an HR manager at Lululemon shared, “Because the actions are so simple, I find that I’ve already incorporated a lot of them into my day-to-day work and life.”

In this approach, you pick the right action from one moment to the next, and you execute each action authentically by first harmonizing what you will say and do with what you are thinking and feeling. An engineering manager at SAP observed, “I don’t have to go in search for different tools or frameworks from others. Instead, I’m focused on activating the five energies at my core and expressing them through the right actions.”

Since you can pick a new action every few seconds, your action-path can keep changing as conditions unfold, like when you encounter resistance or notice the other party pulling back a bit. An executive at United Health Group noted, “By working with energies and actions, I can adapt my behavioral style based on the unique situation I am in at a given moment.”

The Energy/Action approach allows you to pursue leadership mastery in small steps, with each step becoming a big leap in expanding our behavioral repertoire. This “small steps, big leaps” approach may in fact be how Gandhi, Lincoln, Mother Teresa, Mandela and others went from being ordinary people to extraordinary leaders.