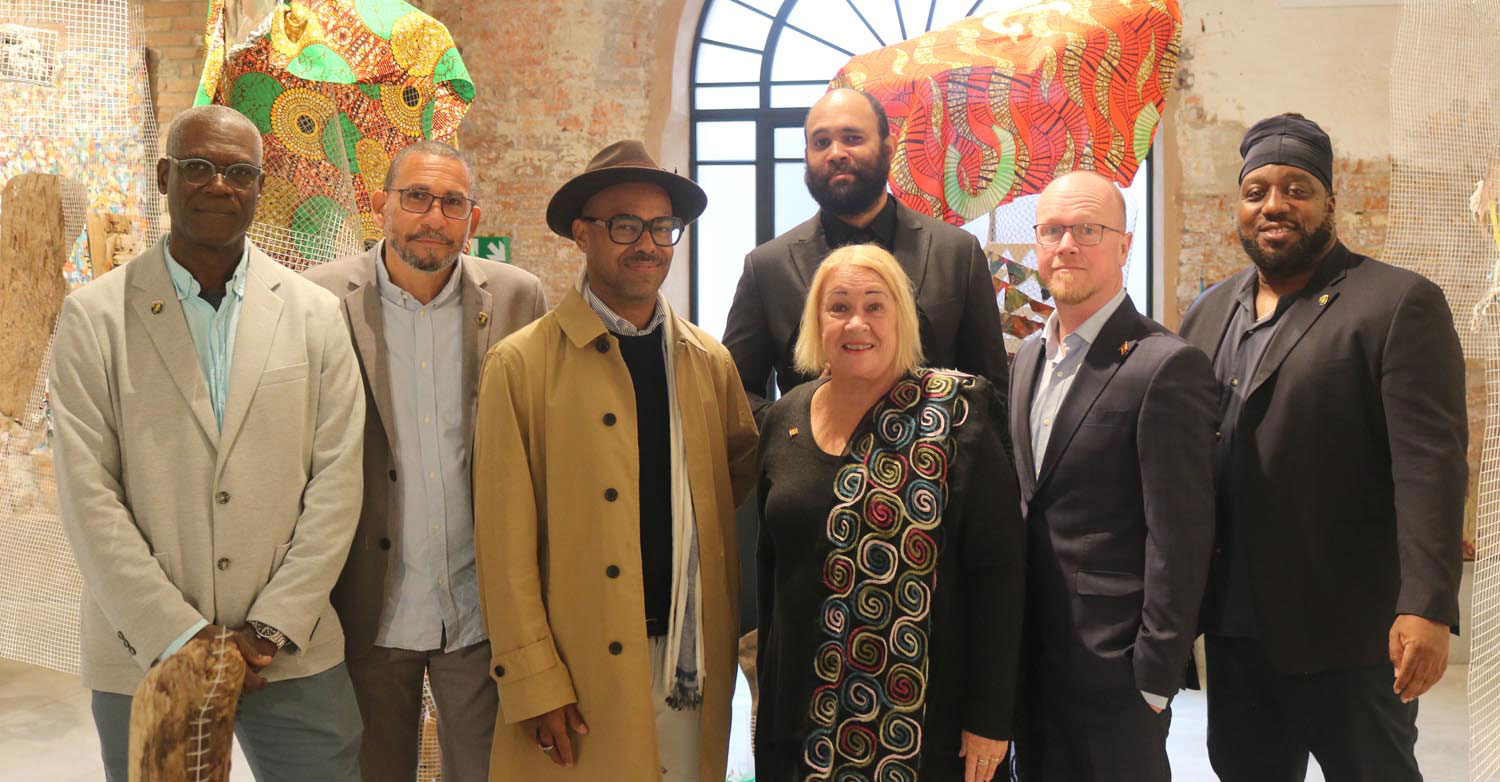 This year, Grenada is making its fifth consecutive appearance with a national pavilion at the prestigious Venice Biennial (La Biennale di Venezia), which runs through November. We talked to artist and Grenada Pavilion Commissioner Susan Mains to learn more

Why is Grenada such a regular visitor to this great Italian festival?

This presence in Venice — in the heart of Europe — in the oldest art biennale in the world gives us a place at the table. It gives voice to our authentic stories. This lets our work be seen. It demonstrates that the Caribbean is much more than the sand and sun used to promote our tourism. It is a civilisation made up of real people, with real struggles and — in many ways — real solutions. Our artists have benefited tremendously, using it as a springboard for other biennales, art projects, and exhibitions.

What has been your own journey to do this work?

When you attempt something that has not been done before, that others tell you is impossible, there is a great deal of fear and trepidation. I tend to believe that if your dreams and goals don’t scare you, they are not big enough. This has been a huge learning curve for me, and along the way I have met many people who are willing to help. Our curator, Dr Daniele Radini Tedeschi, has provided tremendous support, and he has a very wide depth of knowledge from which we draw.

What has it taken for Grenada to have such a consistent presence at Venice?

The original goal was to strengthen our own contemporary art scene in Grenada by gaining international partners. Cuba is the only other Caribbean island with a pavilion this year, and we certainly have used Cuba as a role model from the beginning of our journey. Their support and friendship over the years has been invaluable. We do not have strong institutions for art in Grenada, but there is a growing recognition of the value of the creative arts. It has taken a great deal of persistence. This year we’ve had the support of the Grenada Ministry of Culture, Grenada Tourism Authority, StART out of Italy, and many others.

What can people see at this year’s Grenada Pavilion?

The title of this one is An unknown that does not terrify, taken from the writings of Martiniquan poet and philosopher Eduoard Glissant. The visual focus is the very unique carnival ritual of Shakespeare Mas from Carriacou, our smaller sister island. In this speech mas, two characters recite the lines of Shakespeare, usually Julius Caesar, loudly in the street. If one makes a mistake, the other can take a bull whip and give him a lash. The Cypher Art Collect of Grenada spent almost two years in Zoom meetings discussing the portrayal of this very lively traditional mas.

An original traditional costume was researched by Angus Martin, our historian, then an actual display of the street theatre is shown in a video. Oliver Benoit painted a series of abstracts entitled Whipping the Mind, where he explores the effect of the colonial on our present day education. Asher Mains continued his work in Empathy of Place, installing debris he collects from the beaches and landscape. I rendered two very large paintings depicting the actual Shakespeare Mas Players in mixed media. Ian Friday and Samuel Ogilvie collaborated to create a spoken word duel, which was then shown on video. And filmmaker Billy Gerrard Frank produced a short film, revealing the life of Ottobah Cuguano — enslaved in Ghana and brought to Grenada as a child, worked in the studio of [Richard] Cosway (portrait artist to royalty) in England, then wrote about the evils of the slave trade.

Each artist mirrors elements of the group’s work in their individual pieces. Several international artists also joined and worked to the theme — showing a pavilion of unity.