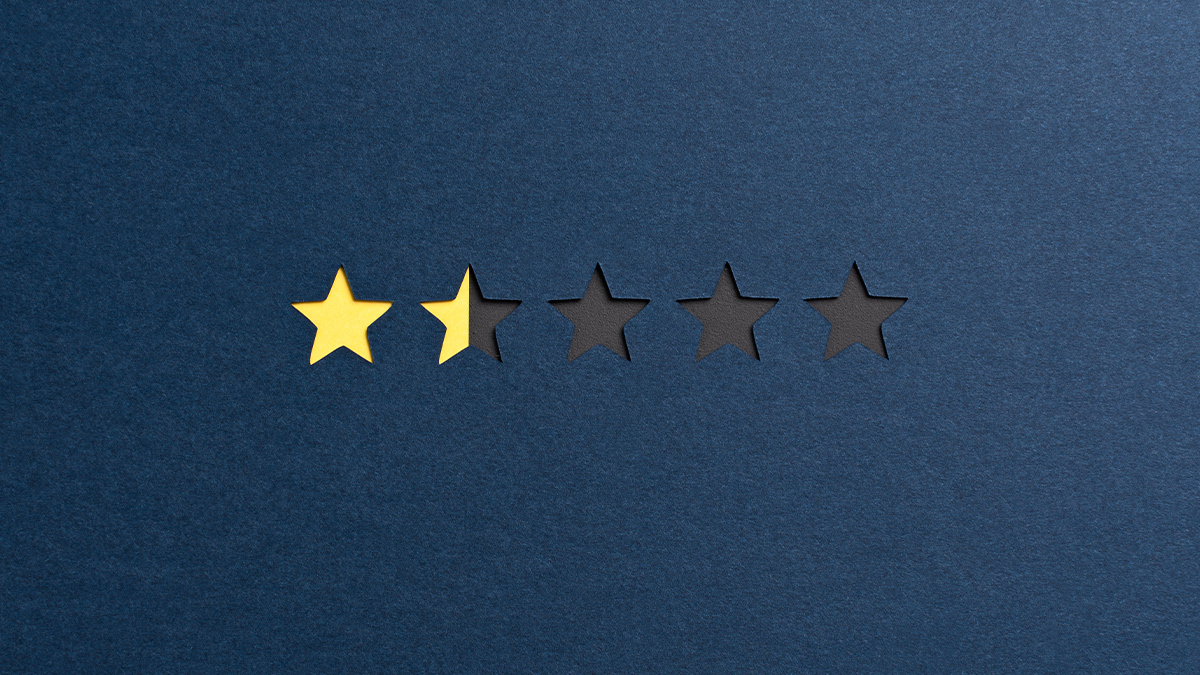 By preemptively taking action if you expect to receive a bad performance review, you may be able to steer a different course for yourself and avoid a foregone conclusion — or at least feel better about the outcome. The author offers six steps to take before and after your review if you know your performance has been subpar. First, reflect on your own assumptions about your performance to understand what you need to work on. Second, get your teammates’ perspective. Third, proactively invite your manager to have a conversation with you — and be direct with them. Fourth, own up to your mistakes and put together a plan to improve. Fifth, follow up on that plan with your manager. Finally, show your manager you care about doing better. If you still receive a negative review despite your best efforts to be proactive, it may help you realize that your skills, strengths, and interests don’t align with the needs of your current role.

Dan, a client I coached through a career transition, started working with me after being laid off. Prior to being let go, Dan’s company had put him on a performance improvement plan, or “PIP,” as it’s euphemistically called in HR. Although he was aware that he had areas to work on, Dan thought his job was safe and that he’d have a longer timeframe to better his performance. He thus found himself totally blindsided when he was fired.

Unfortunately, while disappointing, Dan’s situation isn’t uncommon. Organizations frequently use a PIP with the intention of gathering enough evidence about an employee’s underperformance to justify firing them, rather than to truly help them improve. Since employees often remain in the dark about this motive and believe that the tool is put in place by their employer to help them grow, many like Dan may realize too late that they’re on the chopping block. However, by preemptively taking action if you expect to receive a bad performance review, you may be able to steer a different course for yourself and avoid a foregone conclusion — or at least feel better about the outcome.

Here are some steps to take before and after your review if you know your performance has been subpar.

Reflect on your assumptions.

Before jumping to conclusions about how your manager may evaluate you, take some time to check your assumptions in the weeks prior to your review, when there’s still time to turn things around. One of my coaching clients, a VP of product development, was unsure how the CEO and CFO perceived her performance. Instead of worrying about it or making assumptions, she set up a time with each of them and simply asked:

In addition to asking for feedback, you can also ask yourself the following questions, recommended by executive coach and workplace culture consultant Chris Littlefield:

These questions and your answers will enable you to focus on the specific work you need to do to improve rather than on an amorphous goal. For example, did you commit to meeting X goal by Y date and failed to do so? If so, is it possible to address this shortfall now and make amends, showing your boss that you’re capable of graciously correcting an error in a timely manner? By asking yourself Littlefield’s questions, you may also discover that you’ve erroneously assumed that there’s a problem when in fact, there’s no tangible justification for your fears. If you found that your assumptions were off base, it may be that your self-awareness needs a tune-up.

If you sense your teammates are frustrated with you, don’t avoid the issue or guess — ask them before it’s too late! Addressing the situation prior to your review can remove this red flag from your record. This situation happened to one of my coaching clients, who was frequently late on deliverables and failed to alert her team. Worse yet, she tended to blame her delays on external circumstances, such as not receiving the information she needed on time instead of searching it out.

If you’re not sure how your team perceives your contributions, executive and team coach Jennifer Porter suggests asking your teammates:

Once you receive their answers, take steps to rectify any areas that your team flagged. Better to take it upon yourself to do better than to hear about it from your boss in a PIP.

Invite your manager for a conversation.

Rather than waiting for a formal performance review, Fortune 50 executive coach Nihar Chhaya suggests reaching out to your manager to discuss your development prior to your review, asking for 20 to 30 minutes so no one feels rushed. This is particularly important if you’ve made a big mistake, adds C-suite coach Amii Barnard-Bahn, who advises acting fast. “Being direct and willing to discuss your mishap serves a few purposes,” says Chhaya. “It gives you the chance to show you care about your career and performance and aren’t just complacent or deferring ownership and responsibility to others.”

If you have a manager who isn’t straightforward at delivering difficult feedback, your invitation to talk about it precludes them from delaying or being unclear with you about their assessment. Sometimes, as much as you don’t want to invite criticism, making it easier for managers to deliver it can ultimately put you in higher standing with them, letting them see that you’re proactive and care about your career. Capture your key accomplishments and send them ahead to your boss to jog their memory and avoid recency bias, suggests executive coach Rebecca Zucker.

In contrast to being blindsided after the fact by negative feedback, taking control of your situation by admitting errors and planning how you will improve your areas of risk is likely to result in respect from your manager and team. Accepting and owning any missteps or weaknesses can help you and your manager shift from looking backward to looking ahead. Barnard-Bahn suggests using the following language with your manager in owning a mistake, tailoring it to your situation: “In case you’re not aware, I had a negative encounter with one of our major clients, and I want to own up to it and tell you what I plan to do about it.”

Once you’ve fessed up to your boss about the dropped ball, create a detailed action plan that may involve creating a timeline, reprioritizing your tasks, learning new skills, and/or reexamining how you come across to colleagues. Share your development plan with your manager and ask for the support you need to improve, such as removing organizational constraints, counsels Zucker.

Once you’ve committed to your action plan and gained buy-in for it, set a date with your manager for a follow-up meeting in three months to make sure you’re making the needed improvements. Chhaya emphasizes that the clearer you are on what went wrong, your responsibility in the matter, and what you will do to improve in the future, the easier it will be to take the feedback with grace and ease. It will also help you potentially transform a pending negative review into a positive one down the road.

Demonstrate that you care about doing better

According to Barnard-Bahn, “showing that you care” is a top reason separating employees are retained after messing up. “Backbone combined with humility are the qualities leaders look for in their direct reports,” she says — you need the backbone to withstand the criticism you’re likely to endure after a failure and the humility to admit you made a mistake.

At the end of the day, it’s important to look at the big picture. Sometimes lagging performance isn’t a result of a blind spot but an indication that you’re in the wrong position. If you still receive a negative review despite your best efforts to be proactive, it may help you realize that your skills, strengths, and interests don’t align with the needs of your current role. Use the setback as a springboard for change — and take this chance to re-evaluate your career.