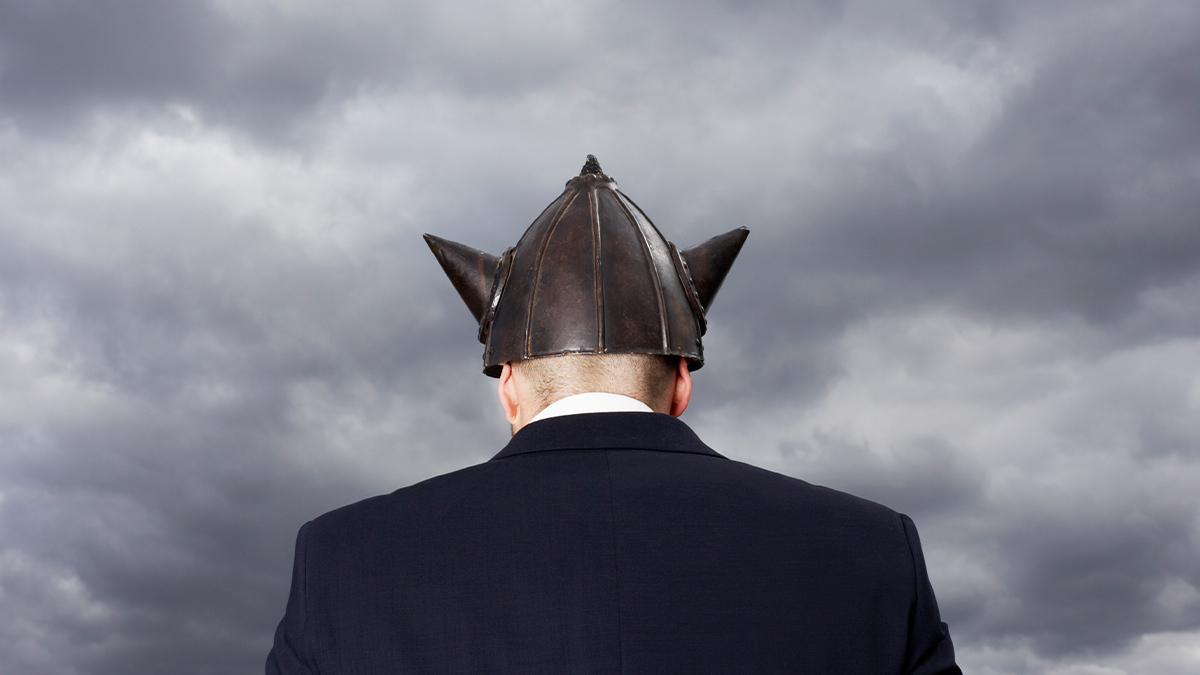 Fabian was feeling anxious as he left the leadership training course. He knew what he had to do, and yet he didn’t know how to actually do it.

Fabian had been promoted up through the ranks of a global construction firm, starting in 1994 out of his university as part of a rotational management program. There, he learned that the best leaders demand operational efficiency and perfection out of their teams. Across his career, he tried to emulate the people who rose into leadership by acting like “the smartest person in the room.”

But over the last five years, Fabian had been losing business to competitors. His team wasn’t responding fast enough to clients’ changing expectations, and he watched three of his best team members leave the company, even though he matched their offers. He was finding it harder and harder to “have all the answers.”

His company had sent him to this leadership course, which emphasized how, in order for organizations to adapt quickly and frequently, employees needed to be willing to try new things. Fabian saw how he could only get this from his team if he created a culture where employees felt safe to experiment and learn.

But as he packed up his things, Fabian felt anxious about how he could show he was okay with learning and mistakes without losing his credibility. How could he model his own vulnerability without appearing weak?

How to Show Confident Vulnerability

It’s hard for many leaders to use their uncertainty and vulnerability to their advantage. Even though this style of leadership works better than dominance in high-change environments, that doesn’t mean it feels good. In fact, the feeling of wanting to hide our limitations is exactly what makes many leaders feel imposter syndrome in the first place, especially when they get promoted into new positions and are forming new relationships.

Of course, great leadership is not about being weak. Even in fast-changing environments where humility and learning mindsets are needed, leaders who only advertise weaknesses can seem unconfident. So how do you strike the right balance? Here’s how to show vulnerability with skill.

How do you talk to yourself and your team when you’re trying something new? Our self-talk and the language we use is important. If we’re not careful, we can make learning feel like failure as soon as it isn’t going perfectly.

During Covid lockdown, lots of us had to learn how to do our jobs in new ways. For example, I had to start teaching to a camera instead of a room full of people. The first few attempts, I was badly missing all the cues of social interaction, my mouth went dry, and I didn’t know where to put my hands. The camera made me feel unnatural and I was not impressing senior leaders the way I wanted to. My brain started telling me I was failing. But really, I was learning.

The first step in confident vulnerability is using language — with ourselves and with others — that helps us remember that learning comes with practice. At these pivotal moments when we are feeling vulnerable, we need to talk to ourselves and others with phrases like, “The brain is a muscle that gets stronger with practice” and “Nobody ever walked before they fell.” Language lets leaders model that it’s human, and normal, to learn and make mistakes.

Next, you can create long-term improvements in your team’s psychological safety by sharing some of your personal developmental journey. Talk to your team about times in your life when you stumbled and got constructive feedback that you needed to improve and adapt. When leaders reveal their trip-ups and failures — rather than hiding them — they are seen as more approachable and less arrogant. Revealing these learning moments also signals that you are not threatened by feedback.

For example, one study asked CEOs to report their feedback-sharing and feedback-seeking behaviors with their top management team. The organizations represented a wide range of industries, including pharmaceuticals, health care, business services, technology, software, telecommunications, government services, manufacturing, and consumer products and services. The results suggested that CEOs created greater psychological safety in their teams when they told them about past constructive criticism that they’d received. Revealing stories of pivotal moments when you had to adapt and learn helps you normalize and crystallize vulnerability and learning in your team.

These results were replicated in another study — a longitudinal field experiment — showing that randomly assigning leaders to share vulnerable feedback increased team psychological safety one year later (whereas assigning leaders to seek feedback from employees did not). And get this: The data showed that leaders’ feedback-sharing of past learning does not jeopardize their reputations as effective and competent.

Of course, sharing shortcomings was not easy for the leaders. In fact, interviews with leaders and employees involved in the study suggested many found the vulnerability associated with sharing feedback as anxiety-provoking and awkward. These leaders reported feeling butterflies before the session, and felt anxious about undermining employees’ perceptions of their competence and confidence. As one leader said: “I was a little nervous about sharing development areas…This reinforced all of my insecurities that I have had over my career…I have always had impostor syndrome. I do not feel good enough.”

And, the positive effects on psychological safety did not emerge immediately. While some employees were surprised and uncomfortable, others were initially skeptical or even suspicious of the leaders’ intentions. “It was mostly crickets,” was how one leader described employees’ immediate reaction to feedback sharing. “I looked around the room and everyone was quiet.” Another leader said that “there was a little ‘deer in the headlights’ look — and ‘why are you doing this?’ looks.”

However, the very fact that sharing vulnerable learning moments is difficult is what makes it work. Traditionally, leaders are expected to project strength, confidence, and competence. So when a leader admits to shortcomings and failures, employees are likely to be surprised and have to make sense of the situation. In other words, it makes them think harder about what the leader is doing. In the study, both leaders and employees became convinced that over time feedback sharing helped to normalize vulnerability. The feedback-sharing motivated leaders to maintain a commitment to sharing and motivated employees to reciprocate with their own learning moments. Across time, it was those interactions and conversations that made leaders more comfortable opening up, and made employees more comfortable speaking up.

Leaders know they are being watched for their attention to moral and ethical issues. And, given the frequency of ethical lapses in the workplace, leaders need ways motivate ethical behavior in their teams.

Unfortunately, your efforts to influence others to behave morally can result in negative reactions. For example, when leaders promote a high standard of moral values it can sometimes lead to perceptions of hypocrisy and disenchantment. This can make followers morally “detach” or trivialize moral standards.

For example, in one study of 13 organizations in China — including manufacturing, real-estate, and high-tech — researchers studied 64 leaders and 295 followers in different functions including research, production, sales, and other functions. A second follow-up study was conducted with 250 participants in the United States. Results from both studies showed that followers were less likely to commit unethical behaviors (such as falsifying receipts to get reimbursed) when leaders discussed times they made mistakes in solving ethical issues, and were more open to followers’ input when solving ethical issues.

Followers also contributed more prosocial behavior when they perceived their leaders to be humble when it comes to moral issues. For example, followers were more likely to help others who have been absent from work, and more willing to help others who have heavy workloads. These unpaid discretionary efforts were more likely because followers saw it as the right thing to do, which was more likely when the leader showed moral humility rather than moral superiority.

Humility has been called “that crest of human excellence between arrogance and lowliness.” But that doesn’t make it easy, and many leaders are left wondering, “What can I actually do to create greater psychological safety and adaptability in my team?” In the end, confident vulnerability means that leaders can own their imposter syndrome by putting their self-doubts to work for them.