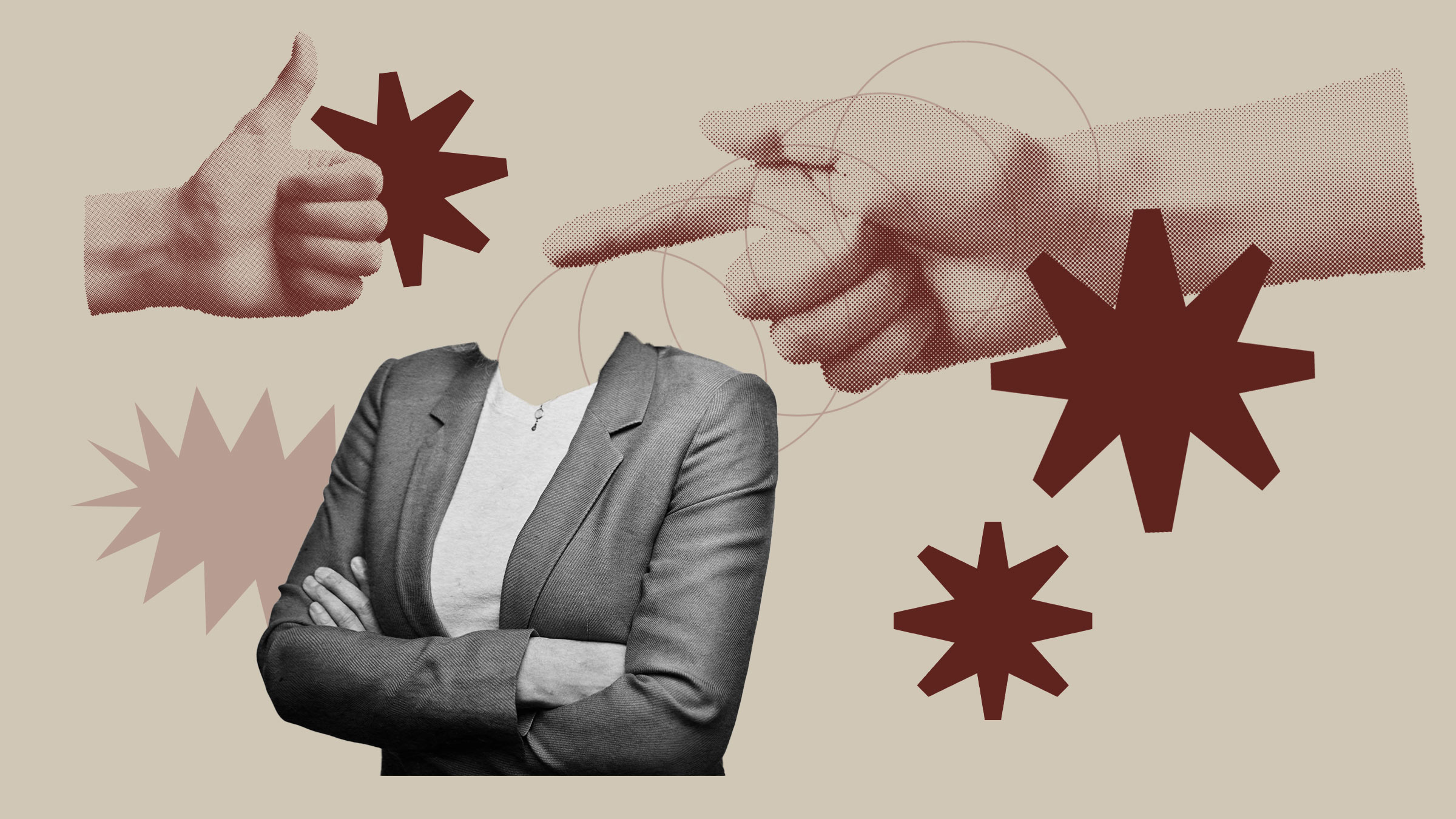 Women are regularly exhorted to demonstrate self-confidence as a strategy to progress their careers, raise their pay, and become more successful at work. Self-help guides commend women to “lean in” to reach their goals, “stand their ground,” make strong eye contact, attune their voices, postures, and gestures to come across more assertively, and to “fake it ‘til they make it.” Women have to do all this while balancing on a knife edge the need to remain likeable/warm by appearing unintimidating, unforceful, and undomineering.

While confidence is an ostensibly gender-neutral concept, our research found that confidence is not just gendered — it’s weaponized against women. When women fail to achieve career goals, leaders are prone to attribute it to a lack of self-confidence. And when women demonstrate high levels of confidence through behaviors, such as being extroverted or assertive, they risk overdoing it and, ironically, being perceived as lacking confidence.

No matter the outcome, women’s lack of career progression is blamed on them, an attack they share with other underrepresented groups. This leads women to beat themselves up, which can weaken self-esteem and, in a downward spiral, further erode self-perceptions of confidence.

What Men and Women Told Us About Confidence

To understand the impact of confidence on men and women’s career trajectories, we conducted psychoanalytically informed, in-depth interviews with 30 male and 36 female senior leaders, who work as directors, partners, and executives in accounting and finance in the United Kingdom. We asked each person to describe the key moments that shaped their career progression, and how they experienced these moments based on their gender. In particular, we wanted to understand if and how they drew on confidence in their personal narratives, without directly using the word.

The vast majority of the women we interviewed (33 out of 36) raised confidence (or lack thereof) as a central factor obstructing their own and other women’s career progression. For example, one female interviewee castigated herself for failing to negotiate a substantial pay increase to meet the level paid to a male colleague, saying: “I should have had more confidence in myself to push for more.” Another female leader said: “If a job has 10 attributes and a woman has nine, she won’t put herself forward, even while the man has four. I want to do anything I can do [as a leader] to help women with their confidence, to back themselves, and to put themselves forward.”

In stark contrast, the men we interviewed did not mention confidence as a factor relevant to their own career trajectories. In fact, when confidence was raised by six of the 30 men interviewed, it was mentioned only in relation to women’s careers and, in particular, women’s perceived lack of confidence. For example, one male leader opined: “I find our women … lack self-confidence because they undersell themselves and point out their own weaknesses rather than promoting their strengths. I’m not sure why that is, but sometimes our women partners can be a little aggressive in an interview. I’m not sure if they lack confidence or are overcompensating for something.” Another male leader said: “There was a woman in my team who tried to be like an alpha male. She was clearly acting a role. I tried to get her to be herself. You’re more successful when you’re yourself rather than trying to be ‘one of the lads.’ It was her self-confidence. She was extremely capable and if she had the confidence to match, she would have been more successful.”

In other words, confidence is a highly gendered word aimed at and adopted by both women and men to explain away the slower progression of women at work.

The Downsides of Confidence

Our research not only exposes the gendered nature of the confidence critique, but it also disrupts the positive association between confidence and workplace success. While it’s true that attending to self-confidence has some benefits for women, for instance in our study it helped them to break down issues into realizable actions, facilitating a positive sense of agency, and providing a psychological salve for anxiety, in the longer term, these are outweighed by broader negative impacts on women’s mental health and gender equality.

First, we found that the therapeutic effects of focusing on confidence are only temporary. Confidence was linked to more detrimental, longer-term effects, such as self-criticism, self-doubt, and overall poorer mental health. For instance, even when some women were unfairly treated in an evaluation or promotion, or suffered intimidation by male colleagues, they felt regretful that they did not “put themselves out there” or “seize opportunities” in those difficult moment(s). Rather than attributing culpability to their supervisors or colleagues, women tended to take full responsibility for matters outside of their control and, moreover, self-blamed. In psychoanalysis, self-blaming is a destructive and painful response to a physical loss or disappointment. The women in our study recognized that they had been unfairly treated. However, rather than directing their energy towards the organization, they were more likely to self-blame as a way to maintain the fantasy that their ambitions could be attained by exuding the right amount of self-confidence.

Second, a focus on self-confidence is an individually oriented strategy, and distracts senior leaders from addressing more entrenched organizational barriers to gender equality, including stereotyping, work design, and the privileging of line roles over functional roles, which are more likely to be filled by women.

Third, the overt focus on confidence leaves intact the underlying assumption that continuously exuding confidence is a positive aspiration. Our research on inclusive leadership presents a more nuanced picture. While confidence may be valuable in some situations (such as uncertainty), demonstrating humility and vulnerability has a humanizing effect necessary for creating psychological safety in others, and relatability. In other words, reflection, and openness can be healthy and valuable in terms of creating a more inclusive workplace.

How Leaders Can Respond

At a practical level, leaders can help address the over-emphasis on confidence as a strategy to advance women, and other underrepresented groups, by:

1. Declaring a moratorium on the word “confidence.”

Until leaders can be certain that the confidence narrative is not gendered and weaponized against women, we recommend that the focus on confidence be suspended, particularly in feedback sessions, performance, and promotion reviews. This will force leaders to look for alternative ways to build women’s capabilities (e.g. through visible leadership opportunities), and analyze more deeply organizational roadblocks to their career progression.

A more diverse workforce is calling into question old styles of leadership behavior and normative standards that have privileged incumbent groups. Placing more value on demonstrating humility and vulnerability can help to correct the overweighting of value placed on exuding confidence. Leaders have the opportunity to foster and applaud the demonstration of these behaviors rather than tamping them down.

Some organizations offer “women only” confidence building courses, reinforcing confidence as a gendered need. If individuals do require help in building their self-esteem, then as a bare minimum we suggest that such courses are based on individual needs, i.e. not limited by gender identity.

Women are frequently proffered admonitions about confidence, intended as “well-meaning” career advice, only to find themselves walking an enervating tightrope of exuding just the “perfect” amount of self-confidence: a psychological challenge men rarely face. Not only is this damaging to women’s mental well-being but the focus on self-confidence also deftly distracts leaders from addressing structural barriers to gender equity. We suggest that this risk/reward profile means it is now time to declare a moratorium on the confidence narrative.