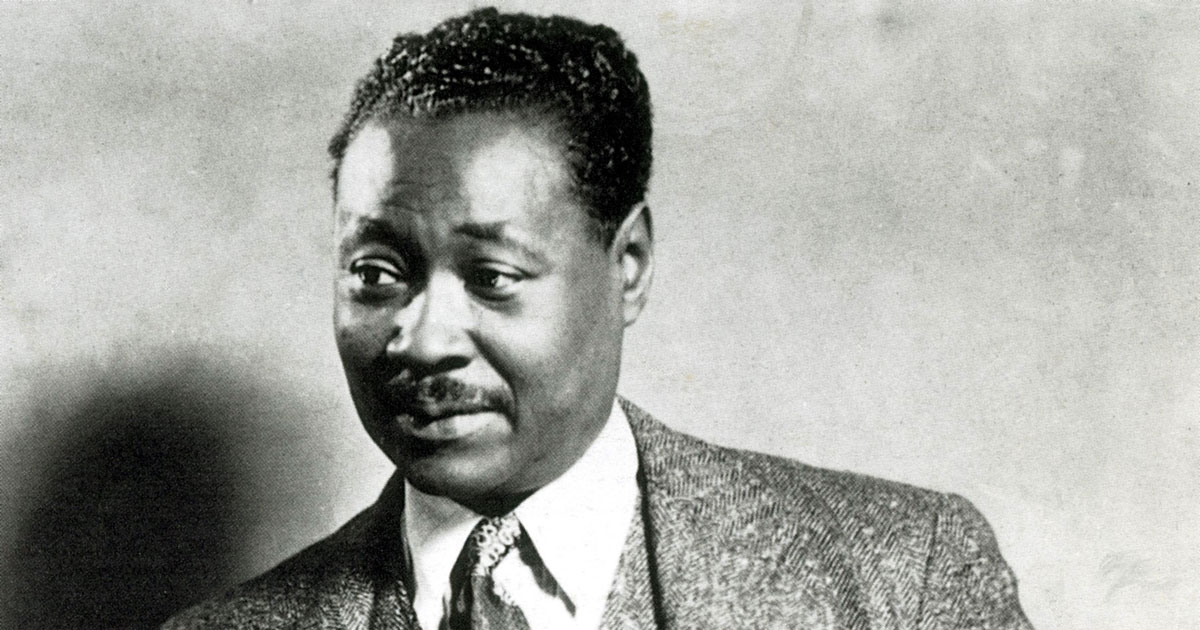 What on earth could the conservative British prime minister Winston Churchill and the progressive Black Lives Matter movement have in common? Not a lot, is the obvious answer — except that both, in very different circumstances, quoted lines from the same poem to inspire among listeners a mood of heroic defiance.

Churchill was appealing for US support in the face of Nazi aggression in the 1940s, and the BLM protesting against the scourge of racial violence in the wake of George Floyd’s death. Yet both turned to words written in 1919 in a stirring call to arms entitled “If We Must Die”:

O kinsmen! we must meet the common foe!
Though far outnumbered let us show us brave,
And for their thousand blows deal one death-blow!

The poem was written in the most horrible of contexts. The so-called Red Summer following the end of World War I witnessed a spate of murders, lynchings, and riots across the United States, as mass migration from the southern states and economic hardship fuelled resentment and racist violence against Black communities. Hundreds died and many more homes and businesses were attacked by white mobs. African-Americans often had little choice but to defend themselves, as the poet suggests they must:

Like men we’ll face the murderous, cowardly pack,
Pressed to the wall, dying, but fighting back!

The events of 1919 were an American tragedy, but the poem was written by a Jamaican — undoubtedly one of the greatest of many fine writers from the island. It formed part of his collection of poems, Harlem Shadows, published a century ago in New York — a collection that is now considered a landmark in Black literature. His name was Claude McKay and his life, as well as his work, was nothing short of extraordinary.

A new political biography, Claude McKay: The Making of a Black Bolshevik, by Jamaica-born academic Winston James, reveals in fascinating detail the story of the militant poet who came from an unusually prosperous Black farming family in Clarendon Parish, but who would go on to meet Trotsky and embrace the cause of the Russian Revolution.

Born in 1890, he was writing poetry by the age of 10, was an apprentice cabinet-maker, and served as a police constable before moving to the US in 1912 to study agriculture. The racism he encountered in South Carolina took him to New York, where he worked running a restaurant, as a hotel porter, and as a waiter on the Pennsylvania Railway.

It was no poet’s ivory tower. He saw first-hand poverty and discrimination, and this shaped his politics and poetry. He had been a moderate reforming socialist in Jamaica, but the US and the racism to be found there turned him into a revolutionary.

McKay, Winston James tells us, had an insatiable desire to “wander and wonder”. He managed in 1919 to work his way to London, where he mixed with the radical figures of the day such as Sylvia Pankhurst; contributed to her pro-communist newspaper; and frequented activist clubs where the talk was of revolution and Bolshevism.

He was perhaps a novelty as a Black man from colonial Jamaica. And if he made friends and won respect in left-wing circles, he also faced prejudice and hatred. Disillusioned by the “motherland” he had been taught to revere in the Caribbean, he returned to the US in 1921, writing that he would rather contend with “the hot-brute hatred of America than the sepulchral-cold hostility of the English”.

Harlem Shadows, published in November 1922, brings together poems that are shaped by McKay’s unsettled and politically charged life. It also heralds the advent of a particularly important cultural phenomenon, the Harlem Renaissance. That district in Upper Manhattan, where McKay lived, gave its name to an intensely productive outpouring of literature, art and music stemming from the Black community that had put down roots there since the 1910s.

The neighbourhood was famous for its jazz venues, nightclubs, and forbidden pleasures — but it was also home to writers like Langston Hughes and Zora Neale Hurston, as well as Louis Armstrong, the actor Paul Robeson, and the legendary Josephine Baker. The Renaissance was a multifaceted expression of Black identity, a celebration of African heritage, and also a statement that African-American creativity — in the aftermath of enslavement and segregation — was a central part of the country’s life.

McKay’s poetry captures the vitality of 1920s Harlem — its artistic effervescence, but also the harsh realities of exploitation that existed in this part of the rapidly expanding metropolis. The title poem, for instance, is a poignant lament for the Black sex workers (the “dusky, half-clad girls of tired feet … trudging, thinly shod, from street to street”) who lived on the margins of a nightlife mecca.

He saw the city as a place of wonderment but also as a place of suffering and pain for the dispossessed — perceptions that encouraged his indignation and radicalism. He understood, too, the emptiness and alienation of modern urban life. In “Broadway”, he writes: As in a dream I stand and gaze / At Broadway, shining Broadway — only / My heart, my heart is lonely.

There is a recurring nostalgia for the land of his birth, a remembered idyll that contrasts with the jarring modernity of New York. He sees himself as an exile, not belonging in the US but neither wanting to abandon his mission and political commitment. His poetry recalls the flora and fauna of Jamaica, scenes from his childhood, his late mother, the close community of the Clarendon hills.

In “The Tropics in New York”, the poet observes a display of tropical fruit in a shop window, and is moved to tears by recollections of a lost past: A wave of longing through my body swept, / And, hungry for the old, familiar ways, / I turned aside and bowed my head and wept.

McKay was never to return to Jamaica, though much later he would reminisce about his youth in My Green Hills of Jamaica, written in 1946 two years before his death. Instead, his restlessness took him to revolutionary Russia on “a magic pilgrimage”, to Western Europe, and to North Africa. In later years he renounced communism, denounced Stalin, and eventually embraced Catholicism — a dramatic reversal of his earlier atheism.

Navigating the most turbulent years of the 20th century, McKay’s life is an enthralling story of passionately held political beliefs and bohemian adventures. Paradoxically perhaps, this revolutionary was most at ease in his poetry with the traditional sonnet form. As a youth he read Shakespeare’s sonnets, and it was in this conventional structure — dating from the 13th century — that he wrote much of his poetry and the anthem to resistance that continues to resonate a century later.