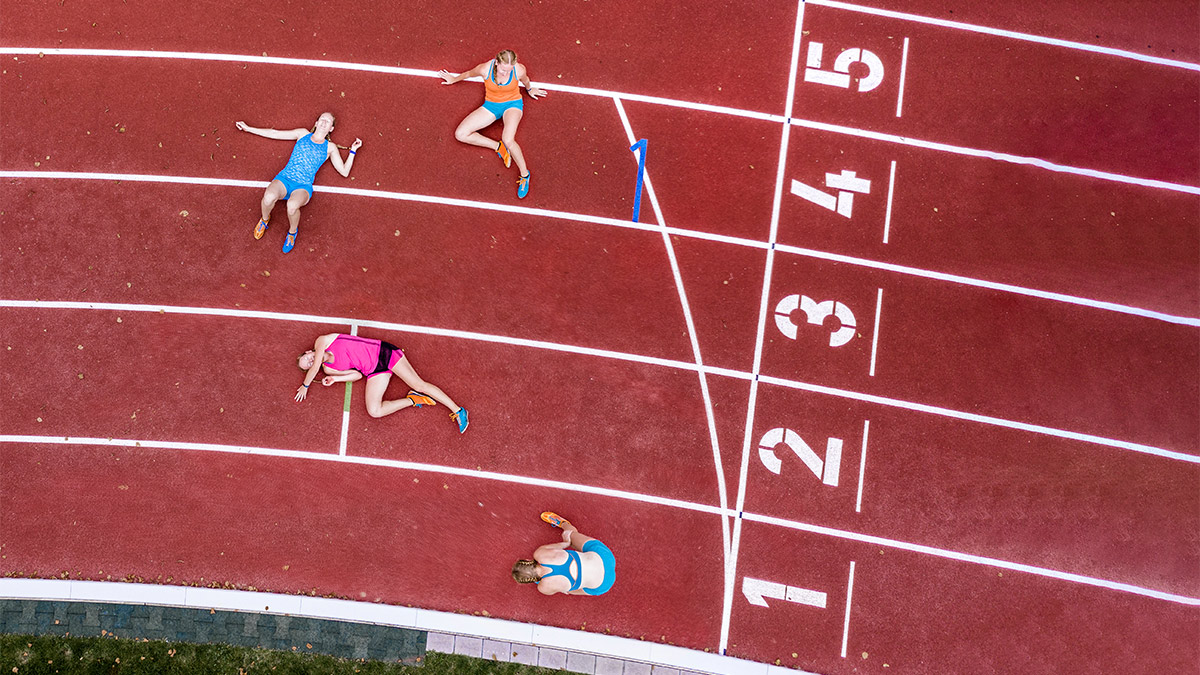 A client of Ron’s, “Kelsey,” a division general manager of a large food manufacturer, recently told him, “Everyone on my team seems tired…all the time. I ask them how they’re doing, and they tell me ‘fine.’ If someone asks for time off, I say yes. They get the work done, but it seems like they’re in a fog. I don’t know what to do.”

Kelsey’s organization and industry were hit hard by the last two years of volatility and as a result saw increased employee turnover, supply chain disruptions, changing workforce expectations about flexibility, and exhausting demands on time. The aftermath has been a widespread human energy crisis. And Kelsey is hardly alone.

Microsoft’s annual Work Trend Index, a survey of thousands of workers worldwide, shows people around the world have a new “worth it” equation, with 53% of respondents — particularly parents (55%) and women (56%) — saying they’re more likely to prioritize their health and well-being over work than before. And they’re taking action: The number one reason cited for leaving their jobs in the last year was for personal well-being or mental health reasons. But even as we saw The Great Resignation emerge as a stopgap solution for some people to regain a feeling of control in their lives or try to address well-being concerns, The Great Regret emerged almost as quickly. What we’ve learned is people want to keep working — just not at the expense of their overall health and happiness.

As it turns out, work doesn’t have to be energy depleting, and the volume of work may have less to do with whether or not it is than you might think. What people find de-energizing is a lack of meaning in their work, the cognitive load required to prepare for and get through interactions with toxic bosses and colleagues, and the seemingly impossible trade-offs they feel forced to make between their or their family’s well-being and the demands of their jobs.

The U.S. Surgeon General recently released a new framework for workplace mental health and well-being, and the findings support that what it takes to create a healthy workplace of well-being is more holistic than we’ve previously understood.

If your team isn’t displaying the vibrant energy you believe them to inherently possess (or that they once had), here are some renewable energy sources you can tap into to help replenish it.

The last two years have unleashed a hunger for deeper meaning from our work. People want to know they’re on a path of growth and opportunity for greater impact. They want to talk about their careers but aren’t always comfortable initiating that dialogue. Leaders can show they care by starting those conversations and making them routine. This legitimizes people’s desire to talk about their future aspirations while removing any awkwardness. These conversations should also include caring feedback on areas to improve so that people are ready for opportunities when they arise.

Leaders can also organize broader efforts as well. For example, Kathleen and her team have established “Discover Days” across Microsoft to give people access to a broader set of career opportunities and make themselves visible to the internal talent marketplace.

Leaders should also be on the lookout for especially talented people getting bored. For them, your greatest support might be helping them find a more challenging role within the organization, and it could keep you from losing them to an external opportunity.

A strongly bonded team creates a place people want to be, whether remotely or in-person. When people feel deeply connected to their peers, it energizes work, making it more fun. Kathleen’s leadership team creates space for people to safely share about challenges they’re facing and where they’re personally struggling. Team members talk freely about family difficulties, health needs, and other general concerns. This also makes it safe for people to ask for help when needed and make plans for covering for each other when someone needs to step away from work.

One of Ron’s clients routinely opens team meetings with a variety of check-in rituals — for example, asking people to share something they’re grateful for that day or one word that describes how they’re feeling. The idea is that, over time, the team becomes a place of refuge where you go to get reenergized and restored.

Remote work has narrowed people’s exposure to predominantly their immediate peers, weakening ties to cross-functional relationships by as much as 25%. This can increase isolation and monotony, two energy-depleting experiences.

As a leader, you can create opportunities for people to connect with cross-functional peers who do very different work. These experiences are energizing because people learn new things about their colleagues — and themselves. One client of Ron’s started a program they called “walk in their shoes,” which consisted of weekly peer-mentoring sessions between people in adjacent functions. It was intended to strengthen connections between employees from different parts of the organization. What Ron’s client didn’t foresee was how much people would learn in the process — the program changed how people performed their own jobs and opened lateral career paths they hadn’t considered.

Modeling is one of Microsoft’s three management practices, alongside coaching and caring. One of the greatest examples you can set as a leader is allowing your team to see how you prioritize your own well-being. Openly discuss how you’ve dealt with work stress or even other challenges like anxiety or burnout. Acknowledging your humanity by being vulnerable about your own well-being makes it safe for others to admit when they’re struggling, rather than feeling the need to feign a posture of false positivity. If you’ve found your company’s wellness benefits helpful, share how they’ve helped you and encourage team members to take advantage of them. Your example of practicing self-care signals its importance to your team, empowering them to follow suit.

Microsoft surveyed 20,000 people in 11 countries and analyzed trillions of Microsoft 365 productivity signals for its latest Work Trend Index. One of the most significant findings was the mismatch between the degree to which employees are working more than ever and the degree to which managers struggle to trust that people are, in fact, being productive.

Because leaders lack the visual cues they once enjoyed in an in-person workplace, 85% of leaders say that the shift to hybrid work has made it challenging to have confidence that employees are being productive, resulting in “productivity paranoia.” But the data offers no support for such lost confidence: 87% of employees report being very productive, as evidenced by a colossal increase in meetings (153%), the volume of multitasking, and the expansion of work hours overall. As people feel the pressure to prove they’re being productive, the result is often “productivity theater”: an especially toxic form of energy depletion where people waste precious time creating the appearance of productivity.

Rather than worrying about whether or not people are working enough, spend time helping people focus on what’s most important. Eighty-one percent of employees say they could benefit from more help prioritizing their workloads, but only 31% say they’ve ever received useful guidance from their managers in doing so. Accept the reality that people are working harder than ever. More than just reordering the to-do list you overloaded as a result of worrying whether people were doing enough, you have to eliminate non-value-added activities and connect each person’s work to the organization’s most important priorities. You’ll create positive energy as people become more engaged in purposeful work that provides meaning rather than banal activities that attempt to justify their value to you.

Watch for signs of flourishing and intervene when it’s waning.

Ultimately, every organization needs to define for itself what an energized and flourishing workforce looks like — and identify the signals that indicate whether things are trending as desired. You can find important clues in the routine interactions of your team. For example, what kinds of questions do people ask in your team meetings? Are they curious, asked with an intent to learn? Or do they have a twinge of cynicism or complaint? How are people talking about their challenges? With a sense of empowerment and agency or with a sense of resentment and futility?

Employee engagement data, regular pulse data, and other listening systems — like Microsoft’s measurement of employee thriving, defined as “empowered and energized to do meaningful work” — are all great for measuring employee experience at scale. But for individual managers without access to such data, making effective use of the barometers right in front of you will go a long way in enabling you to monitor team energy reserves.

For example, an executive coaching client of Ron’s noticed one of her star performers had begun to miss deadlines and be late to meetings. It wasn’t overly disturbing, but it was noticeable. When Ron asked her if she’d raised it with the person, she replied, “Well, I didn’t want her to think I was nit-picking, so I just gave her the benefit of the doubt. She’s one of my best people and I know she’s slammed, so I didn’t want to insult her.” Many leaders shy away from intervening when patterns of behavior shift, but that’s precisely the wrong instinct to follow. Expressing concern for someone is different than expressing concern about them. When you spot early warning signs, intervene promptly. If someone is dealing with personal stress, they can choose if and what to share with you. If they’re overwhelmed with workload demands, offer help as an expression of confidence in them, not as a loss of confidence. Encourage them to take time off as needed before they have to ask for it. Reassure people, especially high performers, that it’s safe for them to step away from work without a loss of status or opportunity.

The data has shown that today’s volatile, ever-shifting workplaces have the capacity to de-energize employees. Embrace the role you play in keeping your team’s energy replenished and prioritize creating a team environment that keeps energy reserves high.