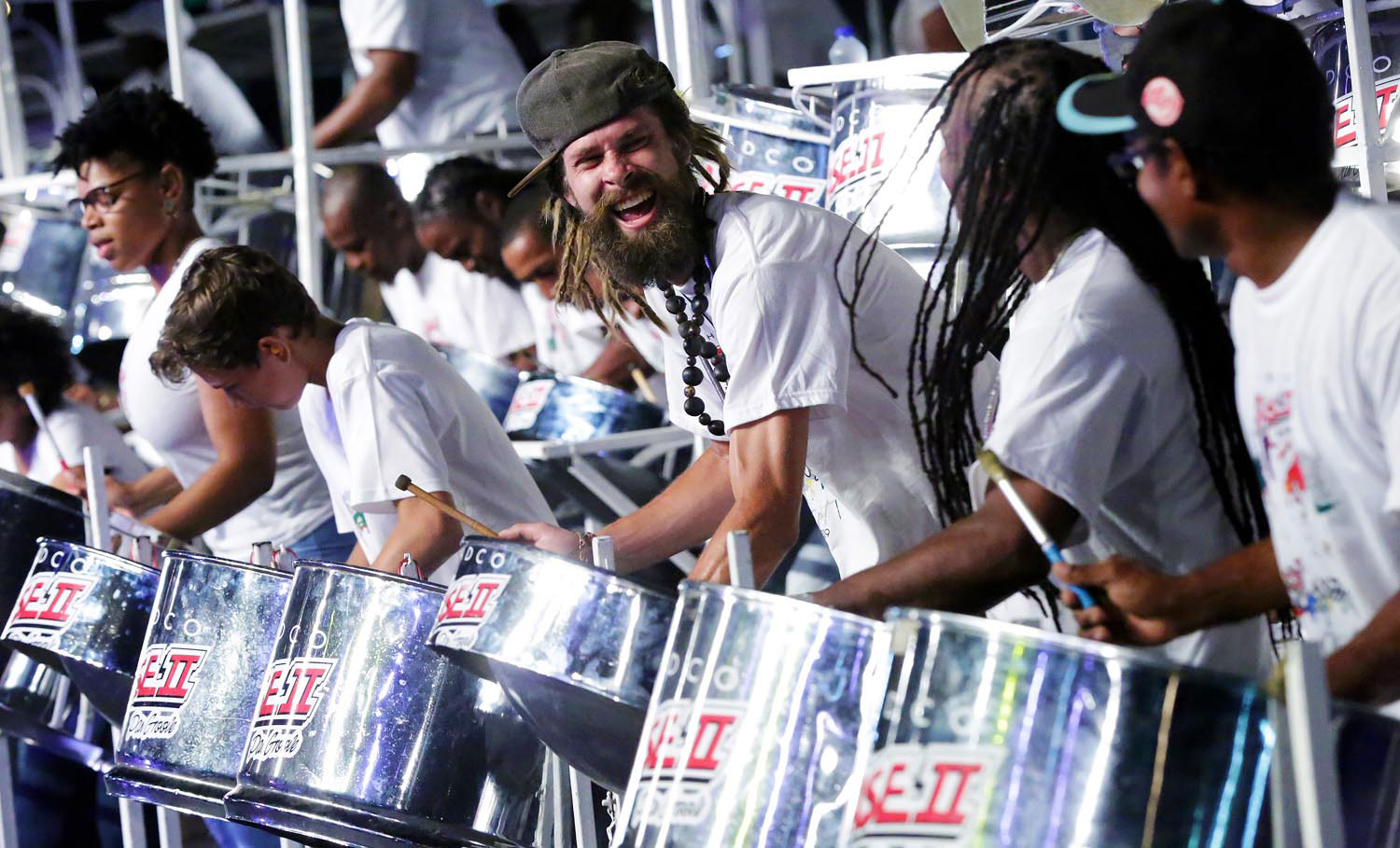 It was like if Beethoven was alive and you could go join his orchestra [Phase II]. We look to Len “Boogsie” Sharpe as a living legend.

The very first Boogsie arrangement I experienced was “Pan Army”. My professor had been to Trinidad that year and transcribed all of the music, and the following year he brought it back to Humboldt State [in California], where I had just joined the steelband. I was playing double seconds.

During my time at Humboldt, I played a number of Boogsie’s compositions — “Fire Down Below”, “Birthday Party”, “Pan Rising”, “Misbehave”, “Woman is Boss”, and many more. So getting to come to Trinidad, to be there in the yard in person, and see him create on the spot — being able to be a part of that was living a dream for me.

In the panyard, I had to learn how to do a lot of things that I didn’t learn in school. I had to exercise other skills of my musicianship joining Phase II.

I’ve experienced a lot of sheet music use with other steelbands. Not only does Boogsie not use sheet music, but a lot of times he composes parts on the spot. He’ll change music quickly at the very last minute.

One time I was late for rehearsal, and by the time I got there the whole variation for seconds had been scrapped. When we started running the tune, the band was playing something I hadn’t heard before!

Adaptability and flexibility are definitely characteristics that Phase II requires. It’ll be the night before Panorama and he’s still composing. He might take out the ending. I heard stories in the panyard about when Phase II won with “Woman is Boss” — he was still putting notes in on the track!

The other thing I remember about my first time in Phase II was the overwhelming beauty of the community and the culture in the panyard. The characters, the community members, supporters, the players — everyone was so beautiful in their style, their vibe, their love for the music.

The magic of Boogsie is that he’ll go to each pan and start to compose their parts. It’s incredible to see someone so virtuosic on every instrument in the steel orchestra.

The other thing stylistically about Boogsie is he has the grooviest melodies but also the most tuneful. It’s not always the most notes, but there’s always a lot of music. And the groove, especially in his background pans, is so hip and funky and cool.

Boogsie is a unique arranger in the steelband community. He is writing for the whole orchestra, he’s not just writing a crazy tenor part and the background is doing whatever. He hears the whole orchestra as one unit — almost like how Bach would play the organ … or like when he was writing the fugue or toccata for a pipe organ, with all the bass all the way up, all the highs working together.

A lot of the steelbands in Panorama since inception will pick a song that’s already written, and they’ll do a theme and variation of this previously composed melody. Ray Holman was the very first one to bring an original arrangement for Panorama. Boogsie took on that practice and throughout his entire career he has been composing music for pan.

It’s important in the steelband world to have original music written. When you’re thinking about copyright, you can’t get royalties from your arrangement if you cover, say, Kes’ tune.

Eventually with interventions like the PanNotation site with Mark Loquan and Mia Gormandy-Benjamin, hopefully composers will be able to capitalise on their creative work of original compositions for pan.