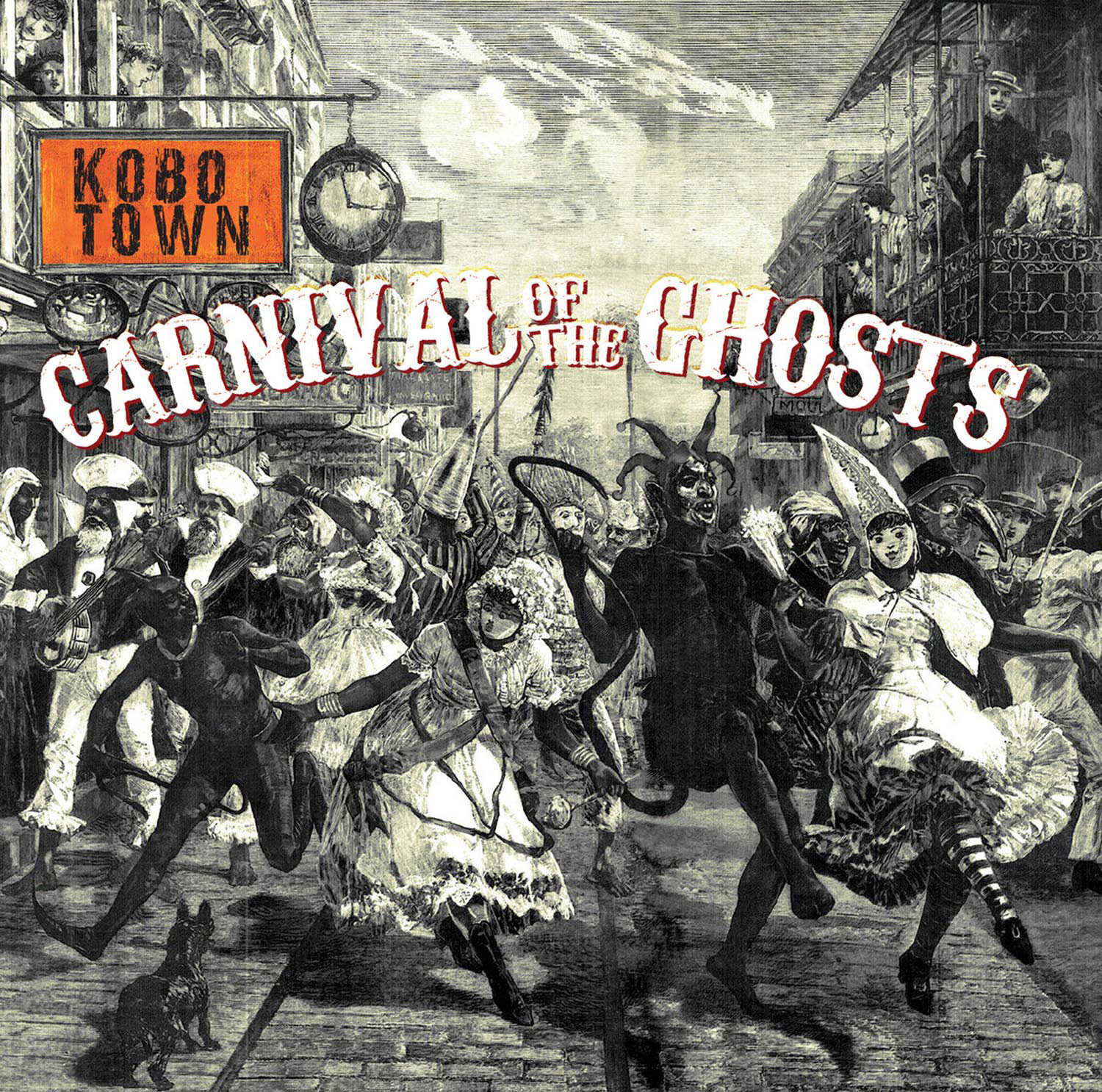 Carnival of the Ghosts (Stonetree Records)

Calypso is a lyricist’s and performer’s art. Words matter. The delivery of those words — ideally self-penned — makes the difference between calypsonian and calypso singer. Drew Gonsalves — originally from Trinidad, now resident in Canada — and his band Kobo Town challenge the role of the calypsonian in a modern world separate from the competitions of Trinidad and the World music push of global record companies.

What is sacred to Caribbean ears as a rich native genre is made to be a commodity for global consumption, something that has evaded many outside the Caribbean diaspora in the US and UK since the 1940s. And that is not a bad thing, certainly not here on this new album of 10 lyrically diverse songs.

Gonsalves tells us that this new record is “a collection of songs about the human condition — about our quirks and foibles, our anxieties and hopes, and the haunting sense of impermanence that imbues our every moment with its urgency and priceless worth.” Lyrical excess with urgent polysyllabic wordplay make for interesting listening: I’d treat natural selection like divine election / Wouldn’t want to tamper with nature’s laws / If the conscience is a fiction, it’s a menacing malediction / A spoonful of guilt which only spoils the sauce. Whew!

Belizean Ivan Duran, who had a hand in Calypso Rose’s late-career rebirth, works his production magic on this album. Modern sound ideas mix with the recalled spirits of vintage calypsonians Roaring Lion and Atilla the Hun to make this album not so much new calypso wrapped in old clothes, but a reckoning of what calypso can be in the 21st century.

Horace Andy has one of the most distinctive voices in Jamaican music, making his trademark “vibrato-heavy falsetto” the flavour of 1970s dub music and signalling Massive Attack’s mid-90s trip-hop apex. His new album — a mix of finely produced originals and remade classics from his oeuvre — showcases a richer mature voice and delays a career denouement.

“The Sinatra Songbook inna reggae stylee” is the subtitle of this compilation of songs made famous by the Chairman of the Board, reimagined by eclectic rock superstar Sting and sung by Shaggy. The pair does not retreat to vapid genre covers of the star’s catalogues, but shines an artful light on how Jamaican Patois can infuse wit and island elan into timeless lyricism.

Pianist Josean Jacobo says: “I take the folkloric idioms, our traditional culture, African-Dominican heritage, and I blend it with contemporary jazz in a trio setting.” That statement aptly describes his new album, but does not convey the extent of the rhythmic impact one can hear. Bachata and merengue pulses cement a new island jazz aesthetic.

When legends get together to record new music, the creative possibilities are endless. Ranglin (a 90-year-old Jamaican guitar icon, whose nimble chops and touch are undiminished) joins Fraser (sax side man to every global reggae star) on a jazz, ska and reggae instrumental journey that is ageless, and cherishes legacies. Collab heaven.

Bellegarde — a Canada-based percussionist of Haitian descent — explores rural music from Haiti and the French West Indies as an ongoing exercise in heritage recall. The quadrille, the contredanse, the waltz, and even the Creole polka are heard as inspiration for originals, and covers of Haitian and Martiniquan classic tunes give this album deserved gravitas.