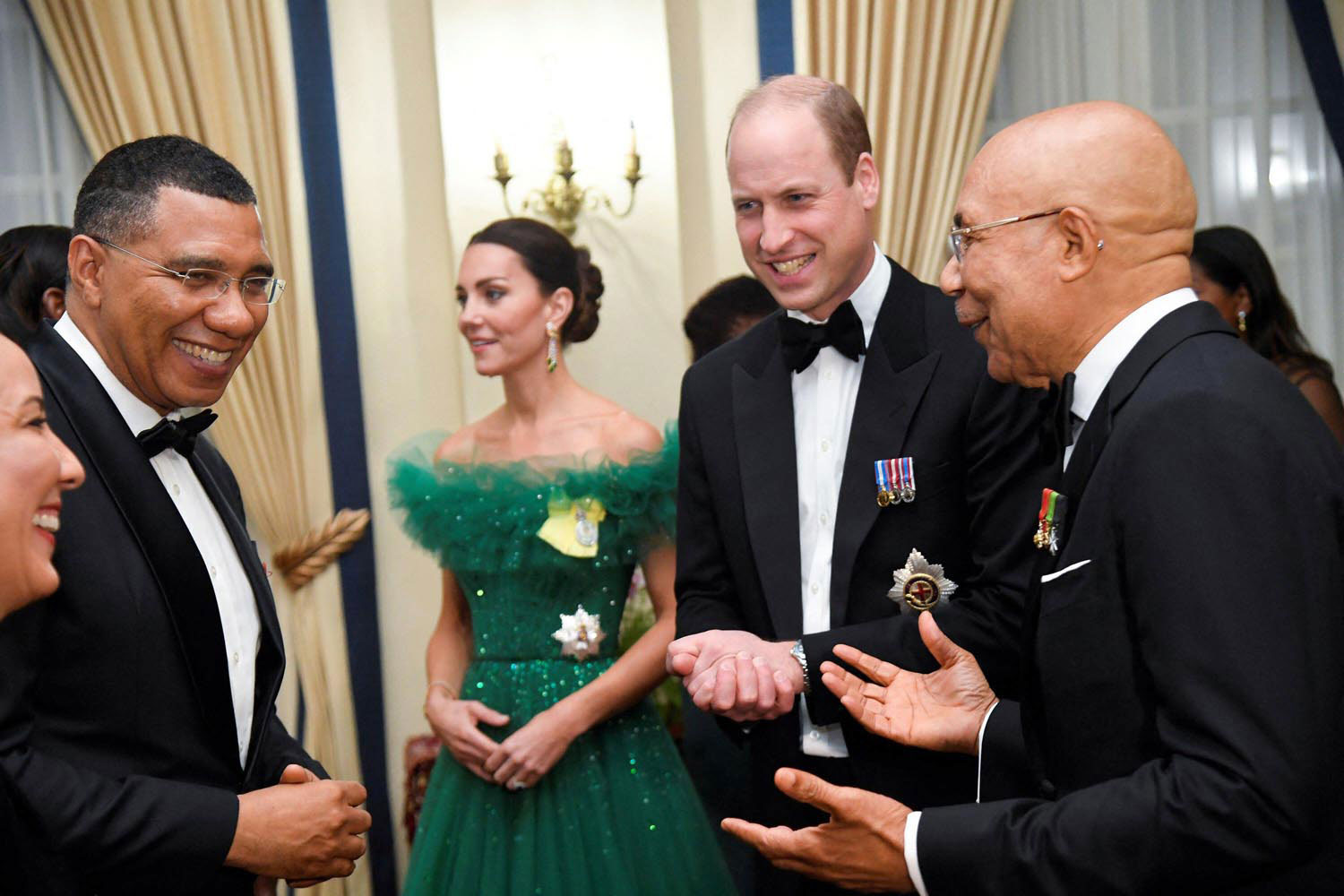 The Duke and Duchess of Cambridge’s recent visit to the Caribbean has been widely judged as something of a flop. William and Kate were meant to show to Belize, Jamaica and the Bahamas a younger, fresher face of the British monarchy, although the trip was also designed to mark the platinum jubilee of the Queen — a milestone 70 years on the throne.

Some of the royal tour was quite successful: a kickabout in Trench Town with Raheem Sterling, a respectful trip to the Bob Marley museum, and a chat with Jamaica’s unlikely bobsleigh team. But who on earth advised them to stand in the same open-backed Land Rover used in 1953 by the Queen and Duke of Edinburgh, clad in white uniform and regal hat, taking the salute in an image redolent of a distant colonial past? And that case of “bad optics” was made worse when Jamaican prime minister Andrew Holness chose an official reception as the moment to tell the royal couple politely but firmly that his country was intending to become a republic.

The Land Rover flashback was perhaps unintended, but it certainly reminded some older spectators of previous encounters with the British royal family, especially those that took place exactly 60 years ago in August 1962, when both Jamaica and Trinidad & Tobago celebrated their independence from the United Kingdom. The British monarch was then (and still is in Jamaica) the official head of state, so it was deemed fitting that a royal personage should be present at the two ceremonies marking the end of colonial rule.

On 6 August, it was the glamorous Princess Margaret who represented the Queen in Jamaica and who delivered a speech at the opening of parliament, having the previous evening attended the symbolic lowering of the Union Jack and the raising of the independent nation’s new flag. Prime Minister Sir Alexander Bustamante looked as if he was enjoying the princess’s company as the two waltzed — all tuxedo and tiara — at a happier official reception than that endured by William and Kate.

The mood music in Port of Spain on 30 August was less convivial than in Kingston, and the Queen’s representative — Mary, Princess Royal — less photogenic (though also sporting a tiara, of which she had a famous collection). It is possible that Prime Minister Eric Williams was not much bothered with the calibre or dress sense of his royal visitor — especially since he had been openly hostile to the old system she personified.

He had also demolished the idea that British humanitarianism lay behind the abolition of slavery in his seminal 1944 work Capitalism and Slavery (a mass-market edition of it was published in the UK for the first time just last March). Whatever went through his mind, he looked on inscrutably as the Queen’s aunt read out the obligatory message of good wishes for the future.

At the time, though, the presence of royal visitors seemed generally well received, probably because the independence celebrations involved holidays and much partying. What was different, moreover, was that these members of the royal family were there in person, however far away they were kept from the crowds that turned out to see them.

No member of the British monarchy had ventured to the Caribbean on official duty before the Queen and Prince Philip came to Jamaica in 1953. Hitherto, the royal family had been a distant and — for many people — an irrelevant concept, familiar only through statues, postage stamps, and occasional newspaper articles circulating to the fringes of the British Empire. The absurdity of a “King of Barbados”, for instance, was mocked in Austin Clarke’s comic 1980 memoir of a patriotic colonial childhood, Growing Up Stupid under the Union Jack.

Earlier, of course, the relationship between the Caribbean and the British monarchy was more malign than ridiculous. The toxic history of slavery in the region is inseparable from the history of the British economy, and the interests of the Crown were inseparable from those of the slave ship owners, sugar importers, and plantation owners who — as Eric Williams brilliantly described — paved the way for Britain’s industrial revolution.

The Royal African Company, set up in 1660 by the royal Stuart family and City of London investors, transported more Africans to servitude in the Americas than any other European slave company. Only in the 19th century did some members of the royal family embrace the abolitionist cause, but by then slavery had in any case become unviable.

All such history seems far removed from William and Kate’s gentle “charm offensive”. Yet despite William’s “profound sorrow” over “abhorrent” wrongs in the past, there are those who seek reparations from a royal family whom they see as prime beneficiaries of the whole slavery system. This perception has gained some traction in Britain too, as current research has revealed that the royal fortune, the palaces and estates, can be linked to slavery.

Popular historian Lucy Worsley has pointed out, for instance, that Kensington Palace — ironically the London residence of the Duke and Duchess of Cambridge — belonged to King William III, who had major slave trading interests and was an associate of Edward Colston (whose statue was dumped into Bristol harbour in a Black Lives Matter demonstration in June 2020). The Black Lives Matter movement has recently added to a sense of indignation at historic racial injustice, fuelling attacks on long-dead figures such as Colston and Cecil Rhodes, the Victorian diamond magnate and founder of Rhodesia (modern day Zimbabwe).

Sixty years after Jamaica’s independence, there is still a Queen of Jamaica: the island is a sovereign state with Elizabeth II as its monarch and head of state. It was this situation — an anachronism or a symbol of continuity, depending on your point of view — that PM Holness was addressing when speaking at the recent royal reception.

The same constitutional oddity applies to Antigua & Barbuda, the Bahamas, Belize, Grenada, St Kitts & Nevis, St Lucia, and St Vincent & the Grenadines. Guyana opted to become a republic in 1970, Trinidad & Tobago in 1976, Dominica in 1978, and — most recently — Barbados in November 2021. Having declared they intend to become a republic before the next general election in 2025, Jamaica too is poised to part company with the British royal family before long. All the other nations, save St Lucia, have indicated their intention to do the same.

True independence, it is widely believed, is incompatible with a continued tie to the colonial past, and younger generations in Jamaica and elsewhere no longer feel any special affinity with Britain. The Commonwealth will endure, as it offers creative cooperation and a shared commitment to democracy — but the prospects for the monarchy in the Caribbean seem much less secure.

In any case, the territories of the Caribbean have always been able to produce their own home-grown royalty: sportspeople, musicians, writers, artists, and intellectuals. Barbados has its queen in Rihanna, for example, and some 300 years ago — when Jamaica was a land of slaves and masters — Queen Nanny, leader of the renegade Maroon freedom fighters, ruled the island’s inaccessible eastern mountains. More recently, a suave Billy Ocean sang homage to his Caribbean Queen — “simply awesome” — but adorned with painted-on jeans rather than a diamond tiara.