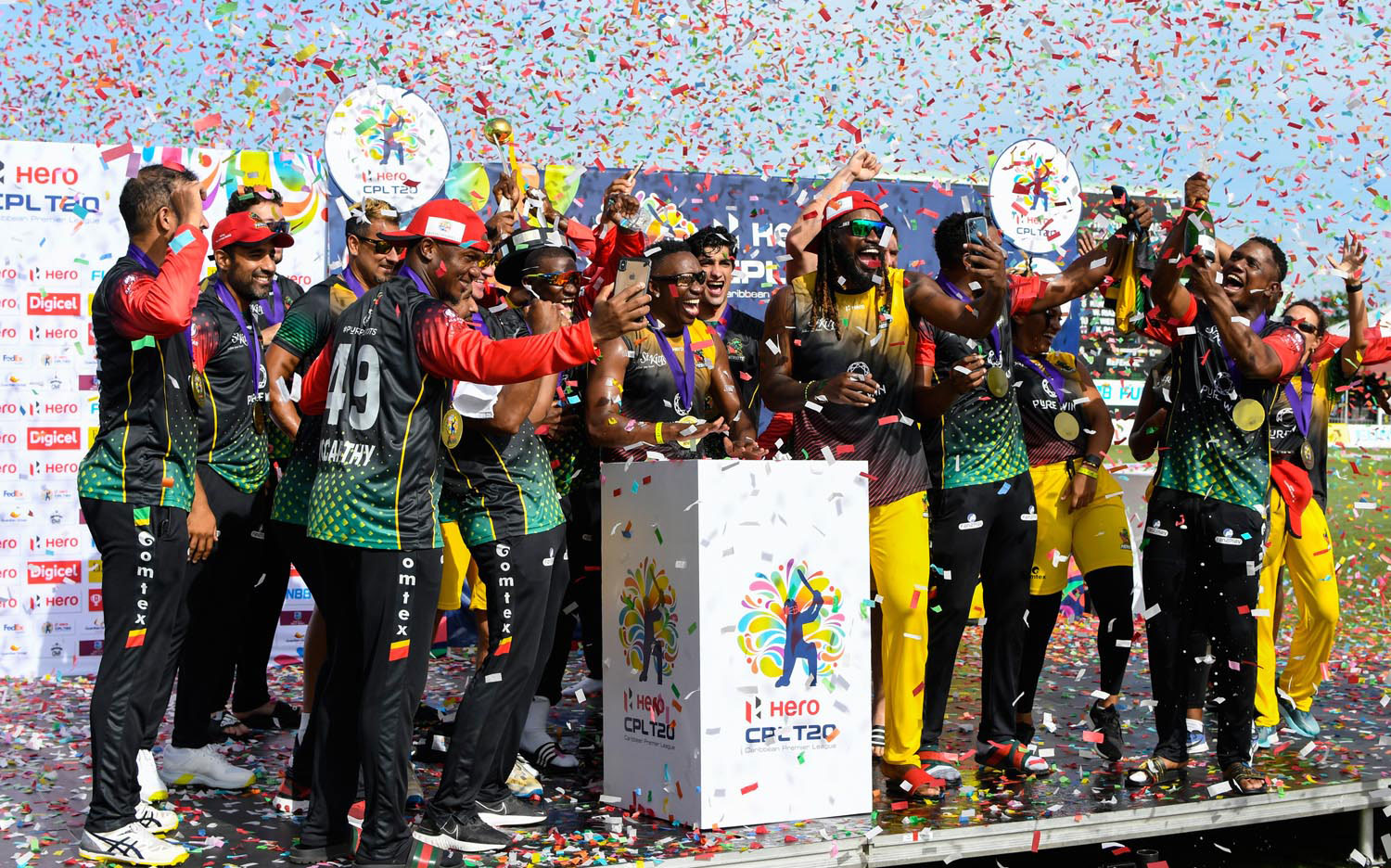 The West Indies had just won the 2012 T20 World Cup when the first sparks of a franchise-based Caribbean cricket competition were lit. Everything was there — massive global names (Gayle, Bravo, Pollard, Sammy, Samuels, Narine); new stadia across the region from the 2007 World Cup; territories eager to capitalise on sports tourism; and as ever, fans who were ready to party.

CPL, the league’s acronym, was transformed into a brilliant marketing slogan — “Cricket Played Louder”, immediately capturing the organisers’ intention to harness the Caribbean’s festive spirit and the explosiveness of the T20 format.

“We knew that if we tapped into all that makes the Caribbean so unique that we could create something very special,” explains CPL CEO Pete Russell. “We wanted to become part of the Caribbean culture and create a tournament that resonated locally and was watched globally — but not just for the cricket.”

It’s fair to say that those goals have been exceeded. CPL is now a fixture on the Caribbean calendar — the sole major annual event in and for the region, attracting 500 million viewers worldwide, and where franchise tribalism has superseded island patriotism.

Fans in one territory become passionate about a team based in another simply because their favourite players have moved there to play. Equally, home-based fans welcome players from other islands — and players from outside the region — who don their colours. These fans echo the ultra-competitive play on the field, and a packed stadium is a daunting prospect for any visiting team.

Every year, fans eagerly await the draft, ready to begin dissecting squad composition and analysing player form with all the authority of the quintessential Caribbean armchair coach. As Dwayne Bravo says, “We as a people don’t shy away from telling players how we feel about their performance.”

Those same players have gained the most from the event’s continued progress and its ability to attract the world’s best players, CPL commentator Daren Ganga explains. “West Indian cricketers, both capped and uncapped, are the primary beneficiaries of this magnificent tournament,” he says. “The CPL offers a platform that allows for the very best T20 players to interact with many aspirants. Since the inaugural tournament in 2013, there’s been massive cricket-related knowledge transfer, growth, access, global exposure, networking, leadership, and ambition generated.”

This is crucial for the future of West Indies T20 cricket, and a key opportunity to place young Caribbean players into the CPL shop window, to eventually take part in other franchise tournaments across the globe.

Ganga provides the proof (and a wonderful metaphor): “I reflect on players like Nicholas Pooran who — at age 17 — played his first CPL and remains the youngest to have participated. Shimron Hetmyer — after winning the 2016 ICC Under-19 World Cup as the West Indies captain — joined the CPL. These two players are now the envy of the world as they have blossomed into being some of the most sought-after in T20 cricket. Others like Obed McCoy, Dominic Drakes, Romario Shepherd, and Odean Smith are already on an upward trajectory after being nurtured via cricket’s T20 umbilical cord in the Caribbean — the CPL.”

Ultimately, together with the talent on the field, the CPL experience is about the fans and the parties in the stands, with flags flying and the eruption of happy noise — music, horns, drums, and cheering voices. This kind of revelry has always been unique to Caribbean cricket, and CPL created a space for it to flourish.

Then the Covid-19 pandemic struck, with all its attendant uncertainty. The cacophony and thrills of the CPL should have been the last thing on people’s minds, but the tournament saw its role to lift spirits as more important than ever. Though it was a herculean task to undertake, the CPL mounted tournaments even as its Caribbean hosts moved in and out of lockdowns.

“In 2020, it was at the absolute height of the pandemic,” Russell remembers. “If you can imagine the challenge of getting over 250 people from 19 different locations into Trinidad, you get to understand the size of the challenge — and that was before a ball was bowled!”

Staging these editions of the tournament — without the crowds, with players living in a bubble, with the inevitable loss of revenue, and while other global sporting events were on hiatus — is testament to the strength of the CPL brand, its team, and its infrastructure. The 2022 edition will break new ground with the inaugural Women’s CPL, creating new exposure and benefits for the talented female players in the region.

Away from the razzmatazz, CPL also recognised that with its place in the region comes the need for corporate social responsibility, hence their financial support to women’s shelters, flood victims, and domestic violence victims, together with their efforts to reduce their environmental impact. It also plays a significant part in selling the CPL — and the Caribbean — to the world.

The excitement of the League is delivered to broadcast viewers as part of a slick package, with the infectious enthusiasm of commentators and the interactivity of the fans. The madcap musings of Danny Morrison, analysis by Ganga and other ex-players such as Ian Bishop, with the roving reporting by Alex Jordan, are the icing on the cake that helps sell the whole experience to the world. And the world is buying, as evidenced by foreign team ownership — including from Bollywood and Hollywood — and high-profile visits by stakeholders Shah Rukh Khan and Gerard Butler.

“I know I am biased, but if you turn up to a CPL game, the energy and passion is like nothing you experience anywhere else in the world,” Russell says. “It is truly captivating, and the ‘biggest party in sport’ is a very fair description”.

The 2022 edition of the Caribbean Premier League runs 30 August to 30 September, with fixtures in Guyana, St Kitts & Nevis, St Lucia, and Trinidad & Tobago