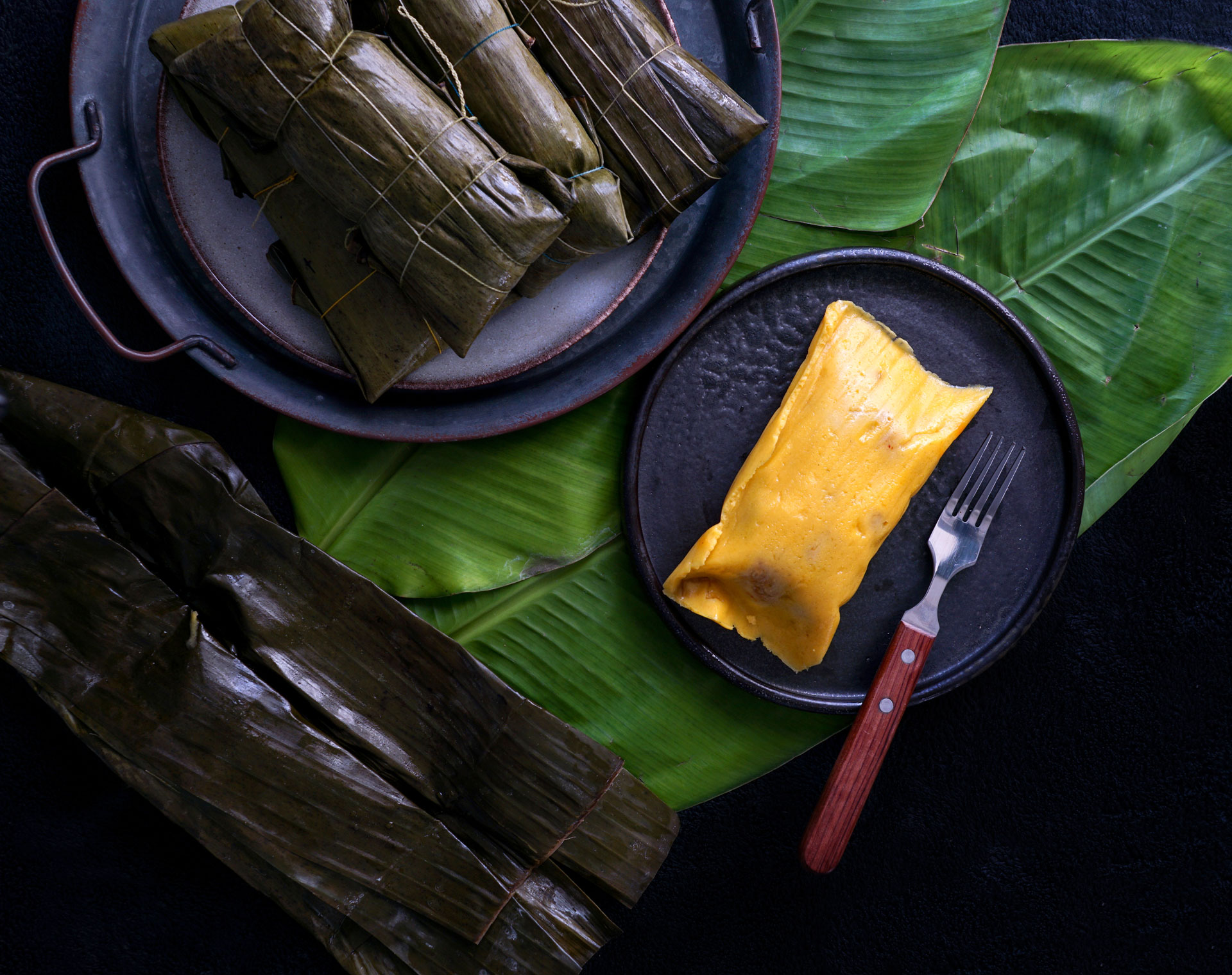 In 1996, Enid Donaldson published the “mother of all Jamaican cookbooks”, The Real Taste of Jamaica. For 25 years, it has reigned supreme as the most authentic collection of Jamaican recipes. Not only because it’s by a Jamaican who lived her life on the island, but the dishes are unabashedly rooted in local culture and are not gussied up to appease people who were not from the diaspora.

There are recipes for popular Jamaican desserts in the book’s 156 pages, including one of the best recipes for sweet potato pudding that I’ve ever tried. Missing, however, is a recipe for dukunoo — a dessert comprised of grated green bananas or plantains, dasheen, sometimes sweet potatoes, cornmeal, nutmeg, and sugar, wrapped and steamed in a banana leaf.

By no means was this a flagrant omission by Donaldson, because many Jamaican cookbooks don’t have a recipe for dukunoo. Why? Not only does it require a bit of sorcery to master, but it is also an indicium of the surviving legacy of Jamaican oral history.

“These recipes are not written down,” said Michelle Rousseau in a 2019 interview. She and her sister Suzanne are Jamaican cookbook authors and restaurateurs. “Caribbean cuisine is an oral, rustic, home-cooked tradition… If these stories and recipes aren’t retained, then the narrative disappears from history.”

Folks can’t even decide on the “proper” spelling of the dish. There’s dukunoo, duckuno and duckanoo.

“Language is part of a difficulty with some food of the Caribbean,” says Dr Jessica B Harris in the foreword of her cookbook Sky Juice and Flying Fish: Traditional Caribbean Cooking.

Harris is the Neil deGrasse Tyson of the culinary world. She’s a well-respected culinary historian, author, and sought-after speaker. Nowadays, due to the Netflix documentary inspired by her book High On The Hog, she’s also a pop culture icon.

“‘What root is what?’ and ‘what do you call this here?’ are two constant questions,” says Harris. “But language is a part of the fun — and Caribbean food is fun.”

Dukunoo originates from the Akan (a Ghanaian language) phrase “doko na”, which means “sweet thing” or “sweet mouth”. Not surprising as the 1.2 million enslaved people taken to Jamaica to fuel the wealth of European empires were brought from West Africa.

It’s also known as “tie-a-leaf” (because the mixture is placed in a banana leaf and tied), and the more saucy “blue drawers” — the blue from the colour the dasheen (taro) gives it, and drawers referring to when underwear was kept up by tying string around the waist.

Dukunoo is one of the few Jamaican dishes, like jerk, that we can trace back to the Maroons. Fun fact: the dish is popular in Cockpit Country — parishes linked by a mountain range to which the Maroons fled. The Maroons used dukunoo and jerked meat as sustenance during their evasion of British enslavers, as it was dense and shelf-stable.

However, discussions of corn-based Caribbean dishes have to include the region’s Indigenous inhabitants. Pre-Columbus, the First Peoples grew corn, squash, beans, peppers, sweet potatoes, yams and peanuts. West Africans themselves were also familiar with corn and eddoes.

As a trained chef and aspiring culinary historian, I am always eager to find linkages between seemingly incomparable culturally-specific dishes — for instance, Cornish pasties and patties, and paella and pelau.

Mexican tamales de dulce (sweet tamales), for example, are made with a variety of nut and fruit fillings. Linking these and dukunoo is the use of cornmeal, the careful wrapping in leaves, and steaming. There are over 100 steps involved in making tamales — almost the same number in making dukunoo.

On a visit to Chichen Itzá in Mexico, I’d taken a phone call from a friend in Jamaica. After saying goodbye, I felt a tap on my shoulder. A young woman asked: “Are you Jamaican?” I hesitated before responding, unsure where she was heading with this.

She asked if I knew the recipe for “Jamaican tamales”, something her nanny used to make for her as a small child. I thought this was a prank as I knew no dish called a “Jamaican tamale”. But once she described the unmistakable periwinkle colour and the banana leaf, I exuberantly shouted, “Oh, you mean dukunoo!” Neither of us could contain the excitement of that unexpected cultural connection.

St Lucian-born visual artist and filmmaker Fiona Compton is the founder of Know Your Caribbean, a website and popular Instagram page. When asked about traditional Afro-Caribbean dishes and their importance for its people, Compton said, “I believe Afro-Caribbean dishes hold a special importance in how we reconnect to our heritage … Our dishes, when we look closer in, are the direct gateway to who we are. They are one of the most tangible and experiential entities that allow us to literally taste what our ancestors did.”

Taking the anthropological approach to heart, I researched which other Caribbean islands have a version of dukunoo.

Barbados calls them conkies; they are made with cornmeal, sugar, coconut, and raisins and are often eaten throughout November to commemorate Guy Fawkes and Independence Days. Trinidad & Tobago calls them paime/payme. In Antigua & Barbuda, St Kitts & Nevis, and St Vincent & the Grenadines, it’s called ducana and is served as an accompaniment to fish dishes. And interestingly, Eastern Caribbean island nations use grated pumpkin in their recipes and no grated green bananas or dasheen.

Whatever it is called, or however it is spelt, dukunoo reflects the ingenuity of a people who had to survive. They found salvation in being deft at developing deep flavour from a collection of bland ingredients that should not work together.

“Whilst our histories have been written from the perspectives of Europeans or not even written at all, our history exists in our food,” said Compton.

In the culinary world, some things get touted, and others erased. The French dessert clafoutis is nothing epic — just another example of bringing whatever is on hand together. But in the pantheon of culinary masterpieces, dukunoo — and tamales, for that matter — would probably never get highlighted when they should be exalted.