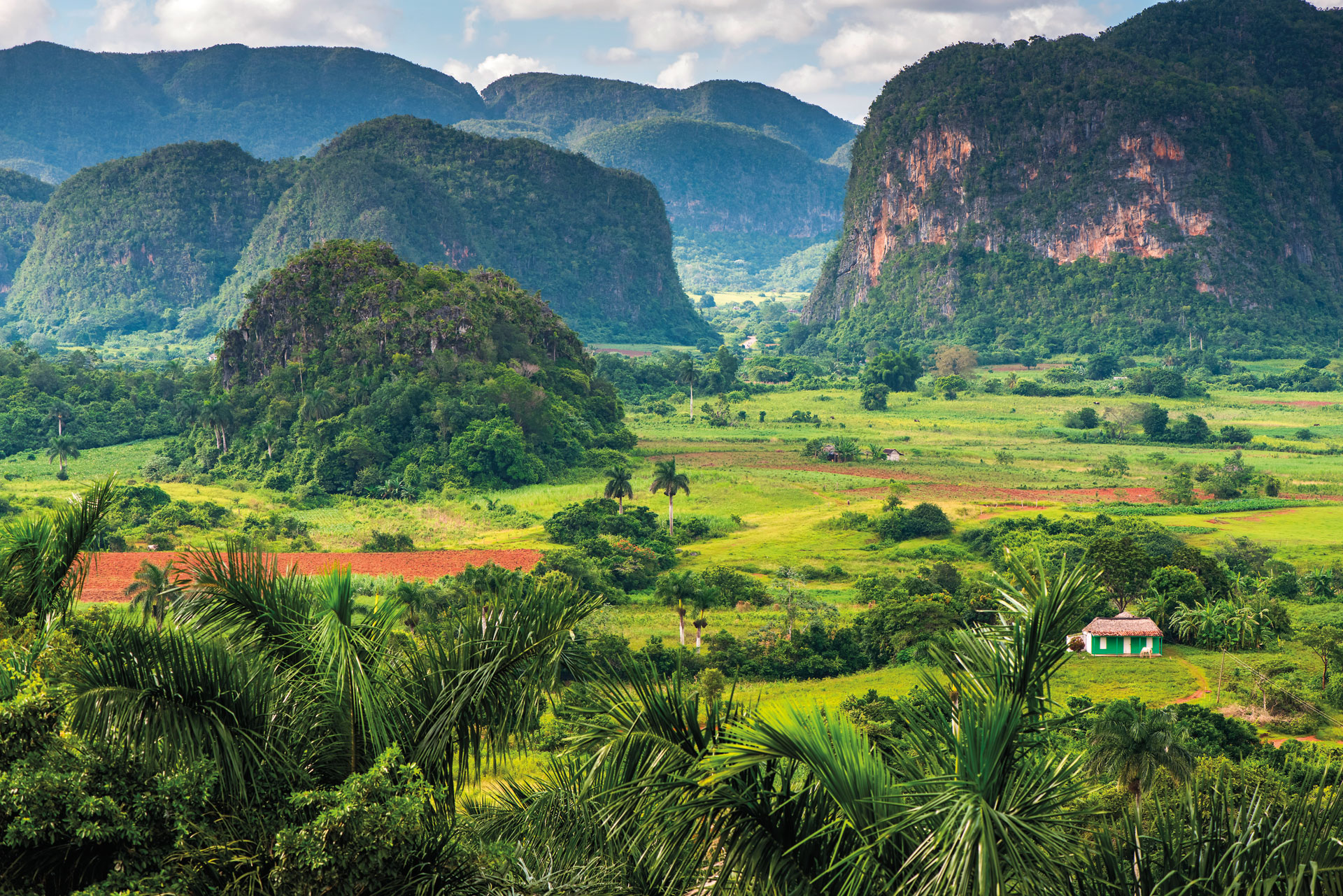 Bursting with historical and cultural significance, centuries of stories await among the Caribbean treasures inscribed on the prestigious UNESCO List of World Heritage Sites. Shelly-Ann Inniss shows the way

This is the first in our series of travel features showcasing these special places.

Based in the Viñales National Park, the Viñales Valley is remarkable for its karst landscape and mogotes — a series of tall, dome-like hills rising as high as 984 feet from the plains below. Communities here still use traditional, centuries-old methods of agriculture, particularly in the cultivation of tobacco. When you visit, you’ll observe how well the villagers meld and preserve cultural elements from their multiethnic society through architecture, crafts and music. And if you’re in an adventurous mood, a little rock-climbing up the limestone cliffs will enhance the already amazing views.

St Ann’s Garrison is the earliest permanent British military base in the Caribbean. Situated on the outskirts of the capital city Bridgetown, the early 17th century path and road network still links the garrison, capital, and port. The garrison has maintained most of its physical attributes, and is among the most intact British garrisons in the world. Be sure to tour the Main Guard House and Clock Tower, the Barbados Museum and Historical Society, St Ann’s Fort and the military hospital, and George Washington House — the former residence of the first president of the United States. Time permitting, a journey into the heart of Bridgetown to see Blackwood’s Screw Dock and Nidhe Israel Synagogue and Museum are a must.

The deep waters of English Harbour, along with narrow bays and mountains, protected the royal naval fleet against hurricanes and attacks in the 18th century. What better location for the king’s naval yard? The Georgian-style naval buildings and structures of Nelson’s Dockyard (renamed after its restoration in 1950 in honour of Admiral Horatio Nelson) still have original features like a small bakery dating back to 1772, which contains three ovens that once supplied the compound with fresh bread. The 1789 Copper and Lumber Store, now a hotel with the same name; Nelson’s living quarters (currently serving as a museum); and the iconic pillars that supported the Boat House and Sail Loft are also attractions.

The distinctively-coloured buildings of Curaçao’s capital, Willemstad, bear signs of the country’s Dutch architectural heritage — but also of Spanish and Portuguese influences as a result of 17th century trade. The colourful buildings became a local tradition as far back as 1817 when the previous white lime finish was prohibited, to protect eyes from the sun’s glare. The main colours now are red, blue, yellow ochre, and green. Another distinctive element commonly found in two of Willemstad’s historic districts (Otrobanda and Scharloo) is the Curaçao Baroque style of architecture where a predominant characteristic is the curved Dutch gable, as seen in the Penha Building (1708, pictured).

Located along the left bank of the Suriname River, the historic inner city of the country’s capital comprises distinctive wooden buildings that blend Dutch architectural styles with Creole and North American influences. By the end of the 18th century, the Dutch infrastructure enabled the town to be extended over marshland, but there are no high-rise buildings here. Instead, there are 291 listed monuments, with most also demonstrating use of traditional techniques and materials in repair and rehabilitation works. Check out Fort Zeelandia (1667); the Presidential Palace (1730), built with stone and featuring a wooden upper floor; the Ministry of Finance (1841), a monumental brick structure with classical portico and clock tower; and the Gothic Revival Roman Catholic Cathedral (1885, pictured), built with wood.